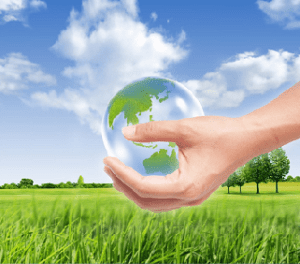 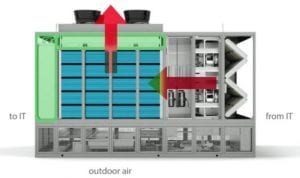 New Ecoflair Indirect Air economizers dissipate the majority of the thermal load with an air-to-air heat exchanger. Compressors need to “trim” the cooling capacity and therefore VFDs are crucial in providing the actual capacity needed by the unit. 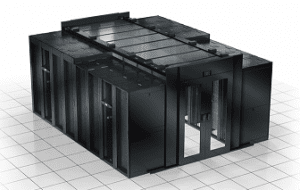 Example of the air containment offered by Schneider Electric

Save On Data Center Cooling With Economizer Mode