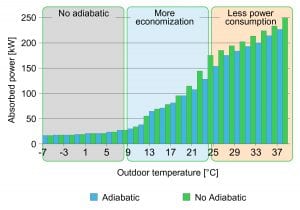 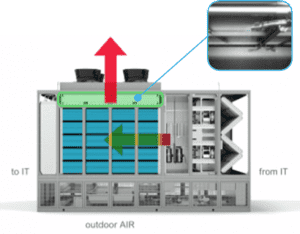 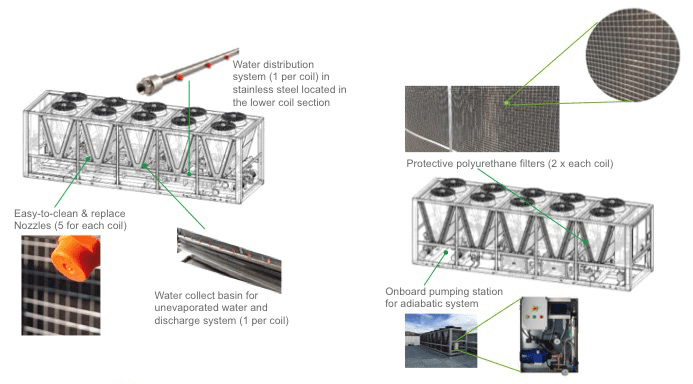 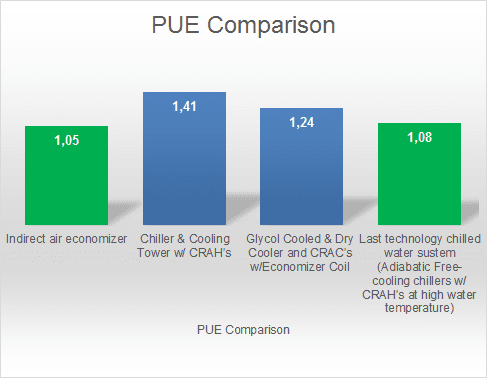 pPUE comparison on a 2MW datacenter in London (UK)