In addition to what I’m sure will be some terrific skiing, skating and snowboarding, the 2018 Winter Olympics in PyeongChang promises to showcase a heavy dose of technology, much of it driven by cloud resources. But to make it all work as promised, I suspect there will be significant local compute and power resources as well – call it the hybrid games. 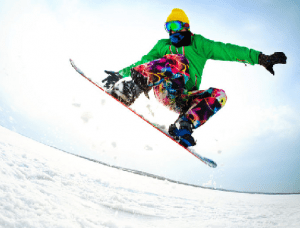 The lead systems integrator for the games, Atos, promised in 2014 that systems crucial to the functioning of the games would all be in the cloud by 2018, and it has since confirmed it will be making good on that promise, according to ComputerWeekly.com.

It makes sense when you consider that the Olympics essentially requires building a temporary data center that’s used only for a relatively short time. As ComputerWeekly reports: “Traditionally, Atos would build new systems for each Olympic event, but it wanted to be able to build systems once and then deliver them from the cloud.”

The Atos system is used to run applications such as accreditation and workforce management, as well as deliver results to the media in just 0.3 seconds from the 12 venues that will make up the PyeongChang games, which run Feb. 9 – 25, 2018.

In order to work as advertised, however, each of those 12 venues will need reliable connections to the cloud-based resources. I wouldn’t be surprised if some amount of pre-processing will also happen on-site, all of which speaks to the need for an edge data center outfitted with at least a modest amount of compute power – along with a serious dose of backup power to keep those connections live in the event of a power disruption.

But Atos’ systems will be far from the only technology game in PyeongChang. Intel has forged a partnership with the International Olympic Committee (IOC) to bring plenty of its technology to the games, including 5G platforms, virtual reality, 3D and 360-degree content development platforms, artificial intelligence systems and drones.

5G seems to be a big focus and that, too, makes sense given applications such as VR and 360-degree video require plenty of bandwidth. The main beneficiaries of the technology will be those on-site at the games, according to Channel NewsAsia:

“With the technology, visitors to the Winter Games can also expect futuristic experiences such as augmented reality-based navigation.

“They can also experience what it is like to compete in downhill skiing or bobsleighing for instance, via virtual-reality cameras installed on athletes’ helmets and IoT-linked sporting equipment.”

NBC, however, will bring live VR content to viewers back in the U.S., or at least those willing to pay for the experience. “It will mark the first time that Olympic programming in VR will be delivered live in the U.S on a wide range of devices and platforms, and the first time that any Winter Olympics has been in VR,” according to Variety.com.

I’m not privy to how NBC plans to deliver its VR content, but here again I suspect it will require a fair amount of local processing power. It strikes me as a perfect application for a prefabricated, modular data center. Customers can configure such data centers with the exact number of racks they need for a given application and have it delivered in a container complete with self-contained power and cooling systems. Drop it in place when needed and move it elsewhere once the games are complete – perhaps right to Tokyo for the 2020 summer games.

Learn more about what it takes to build an Olympic-quality edge data center, and the role that Schneider Electric EcoStruxure can play in ensuring it remains reliable and cost-effective over the long haul. Let the data center games begin!

Cisco Study Predicts a Cloudy Future, But Your Data Center Will Still Be Plenty Busy