There’s been a lot of buzz on our blog sites about the Open Compute Project (OCP) and how products that adhere to its design tenets can improve data center efficiency. While I mentioned it in a recent post, I wanted to more clearly make the case for why colocation companies – in addition to Internet Giants – should pay close attention to OCP.

The topic came to mind as I viewed a recently released video of a talk given by Brice Martinot-Lagarde, Schneider Electric’s Global Solution Architect for Cloud & Service Providers, at the International Colocation Club 2016 event in Paris. He described the potential benefits that OCP-inspired data center design can provide in terms of efficiency and flexibility. 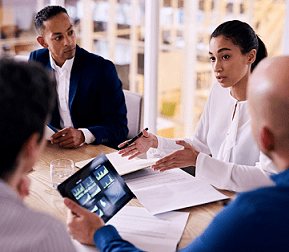 A little background for folks not familiar with OCP – the Open Compute Project was officially launched in 2011 by some companies that know a thing or two about building large data centers, including Facebook, Intel, Goldman Sachs, Microsoft and Rackspace. It started from the design work that went into Facebook’s groundbreaking Prineville, Oregon data center, as we covered in a post back in 2011.

OCP has come a long way since then, and now includes hundreds of active members contributing their expertise, including banks, telecom and IT equipment manufacturers, software vendors, and colocation providers.

In his talk, Martinot-Lagarde goes through different potential architectures, providing varying levels of power redundancy, highlighting the way these architectures can save money both up front and over time versus traditional architectures.

The more standard OCP design uses only a single upstream UPS instead of dual UPSs, along with a new rack design with a built-in UPS and reduced AC/DC conversions. Additionally, fans are removed from individual servers in favor of fans on the rear door of the rack. “You have more efficiency and reliability because the fans are optimized according to the density of the rack” he says.

Another, somewhat less aggressive design in terms of the amount of equipment that’s eliminated, offers 2N redundancy through a hybrid design architecture. The simplified low voltage power train with the integration of the OCP rack enables a unique flexibility to scale.  It allows colocation providers to meet their business requirements without taking the capex risk.

Given the fact that we know many Internet Giants are adopting this de-centralized architecture and that these hyperscale providers are taking more and more colocation space, it seems likely that we will see some level of adoption in the colo space.

Check out the video to get all the details on the differences between the designs. You can also learn more about the topic from the Schneider Electric white paper no. 228, “Analysis of Data Center Architectures Supporting Open Compute Project (OCP).”

Webinar: Exploring Open Compute Project and Why Colocation Providers Should be OCP-ready