For all the hype we hear about cloud computing, you may think the cloud ship has already sailed – if you’re not aboard, you’re too late. But, market-watcher Rhonda Ascierto says, “Not at all – we’re just at the beginning.”

Ascierto, Research Director at 451 Research, made the remarks during her keynote address at the recent Schneider Electric International Colocation Club event in Paris. She called public cloud growth “explosive,” yet referenced an old Bill Gates quote from his book “The Road Ahead.” 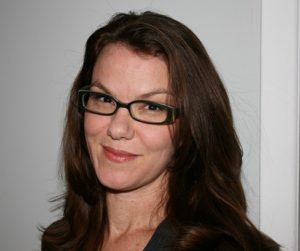 This was at the heart of her message to the assembled colocation providers: there’s still great opportunity for them in cloud computing – if they take the appropriate actions.

451 expects the market for enterprise cloud computing, or infrastructure as a service (IaaS), to grow at about 20% per year through the end of the decade, to $40 billion. Software- and platform-as-a-service offerings are growing at a slightly faster pace.

Still, most IT resources (65%) run in-house, on private infrastructure, although that figure is down from 68% in 2014. Only 9% is in the public cloud and 26% is with colocation providers.

Those figures indicate the enterprise data center sector is shrinking as companies consolidate multiple, smaller data centers into larger facilities and make use of cloud and colocation facilities. “The hybrid configuration is becoming the new normal,” she said.

In fact, half of senior IT executives at enterprise companies expect the majority of their IT workloads to reside off-premises in the future. Of those, about 70% expect the shift to happen by 2020 while 23% expect it to happen by the end of 2017.

Clearly, this kind of shift represents opportunity for colocation providers. To take advantage of it requires providers to be well-positioned. Ascierto advised colo’s to focus on three key aspects.

First is efficiency. Running an efficient data center is more important than ever because public cloud prices are falling, about 8% overall in the last two and a half years. Ascierto expects another 5% drop by October 2017. In the face of that pressure, extracting more efficiency out of data centers is crucial to keeping margins up.

Data center infrastructure management (DCIM) software can be crucial to that endeavor, helping with capacity planning and enabling operations to become more automated. Ascierto noted that some colocation providers are even giving customers access to their DCIM tools, enabling customers to keep tabs on their IT environments (a topic covered in a previous post).

“If customers can have visibility into your operations, you’re really walking the talk,” she said. “I would encourage you to look closely at DCIM.”

Finally, Ascierto said colos should focus on lowering the lifecycle costs of facilities infrastructure, in two main ways. One is to rethink the levels of redundancy required and adopt the notion of mixed tiers. “Not every workload requires high reliability,” she said.

The other way to reduce facilities costs is to build incrementally, as demand warrants, using prefabricated, modular data center modules. She noted that there are many misconceptions in the data center world about prefab modules, with some thinking the idea refers only to big ISO containers. In reality, there’s been “tremendous innovation” in prefabricated modules, which are now available for individual components (power, cooling, IT) that colo providers can add as needed. Modules can be strung together or stacked, to fit in almost any kind of shell.

“There’s really no limit” in design choices, she said. “Put aside any preconceived notions you may have around prefab and take a second look.”

These were some of the highlights of Ascierto’s talk, at least for me. But colocation providers should check out her full keynote for themselves.