In just about any business today, time to market is of the essence. Companies want to get new products out the door quickly so they can start generating revenue and pay back the investment they made in developing the product – and hopefully lots more in profit. 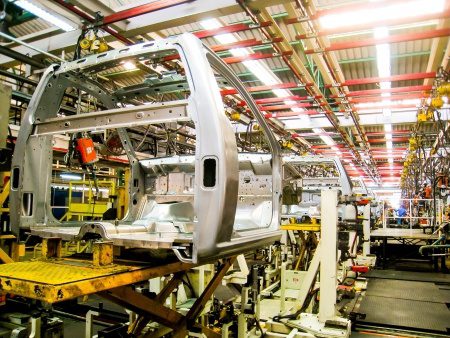 Many factors play into how fast a company can get a product out the door but in many industries data center capacity is a big one. That was certainly the case for an automotive firm based in the United Kingdom for which Schneider Electric recently built a new prefabricated modular data center.

The firm needed additional data center capacity to run compute-intensive simulation programs that it needed to aid in the design of its new car models. The company had some greenfield real estate available behind its existing data center but did not have the 18 months or more that it typically takes to build a new data center from scratch.

Prefabricated, modular data centers, on the other hand, take only 16 to 20 weeks, including the design phase, engineering and manufacturing. For the automotive firm, that was just the beginning of the benefits.

Another was the three-phase deployment strategy that enabled the company to spread out the cost of the data center. In phase one, completed in 2011, the company deployed a 40-foot prefabricated IT module, capable of supporting 17 racks and 459kW of IT load, along with a 40-foot services module and 20-foot cooling module. Together, the modules deliver a high level of redundancy, including 2N switchboards and N+1 UPS and cooling. Phases 2 and 3, both completed in 2012, added the same components, effectively doubling and then tripling the original capacity.

Such a phased approach not only allows the company to spread out the cost of the data center over time, it ensures the company is paying only for the data center capacity it needs at any point in time. With stick-built data centers, companies often find they have to pay to operate a data center that is at the capacity they may need eventually, but not right away.

The prefabricated data center was also able to meet the automotive firms’ requirement for high density computing, a must for simulation applications. And it is highly energy efficient, owing largely to the indirect evaporative free cooling system that takes advantage of the generally cool climate where it’s located.

As demand grows, the data center can grows with it as Schneider Electric adds additional modules. What’s more, those modules can be stacked on top of and beside the existing ones, to make the most of the available space.

The system has also proven to be highly customizable to accommodate varying requirements in terms of rack density, redundancy and the like. This is typical for prefabricated data centers and Schneider Electric is used to offering design suggestions based on our knowledge of what we know works best in a prefabricated, modular data center.

We’ve also been helping to maintain the data center, providing both preventive and corrective maintenance, with regular checks once every quarter.

We’re happy to report that our automotive client got its new car models out the door on time, in part thanks to the prefabricated modular data center we delivered. To learn more about what prefabricated data centers can do for you, check out our free white paper, “Practical Considerations for Implementing Prefabricated Data Centers.”