At CiscoLive 2014, I had the chance to speak with Paul Carr, Head of Technology Partners, Cisco and get his views about how converged infrastructure was being embraced in the marketplace, and how Cisco saw their partnership with Schneider Electric brought added value to IT, network and data center customers. 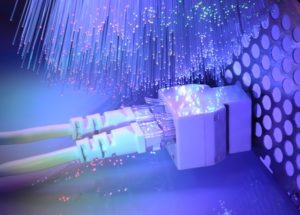 According to eWeek, IDC have split the converged solutions market into two categories for integrated platforms and integrated infrastructures. eWeek says that “both have the same basic building blocks, such as tightly integrated compute, storage, networking and management software in a single solution. However, integrated platforms also are optimized for specific workloads and come with packaged software and customized engineering to meet the needs of those particular workloads”.

Journalist, Jeffrey Burt says “integrated infrastructure space was larger and grew faster, with revenues hitting almost $1.2 billion and growing 69.4 percent over the same period in 2013. The FlexPod offering from Cisco and NetApp was the top seller in the space, with 22.7 percent of the market”.

Paul Carr said “the FlexPod and FlexPod Express journey began with Cisco joining forces with NetApp and looking to understand how they could combine their complimentary products to deliver a compelling converged proposition to market. The FlexPod range has recently celebrated its 3rd birthday”.

Paul went to say that what’s been really interesting to him is how Cisco have brought further relationships into the converged infrastructure opportunity and that what’s been done with Schneider Electric is a great example of this. Cisco and Schneider Electric have been partners for around 8 years and have worked together on Smart Power and grid and smart connected cities.

“However,” said Paul Carr, “What we managed to do by bringing Schneider Electric’s products together with the FlexPod Express is to create an even more compelling solution for customers. For example, the Schneider Electric housing for FlexPod Express (a NetShelter CX), transforms IT into  something that can be almost invisibly installed into an office space, whilst staying silent and cool – removing the need to put the IT into an air-conditioned server room and as a result giving much improved flexibility in deployment”.

“FlexPod Express with Schneider Electric changes the dynamics of how we can sell the solution, and Cisco are going to put a lot of effort behind this product in the coming year in the commercial and partner market space,” said Paul Carr. He clearly feels that the Schneider Electric wrapper for FlexPod Express is a combination which takes what was already a great product and adds a whole new dimension to it. “It will sell into applications that we simply couldn’t have addressed previously,” he said.

I asked Paul if he felt that the growing market opportunity and Flexpod solution meant it was a good time to partner with Cisco, NetApp or Schneider Electric.  He responded by saying he thought there had never been a better time to be in partnership with these companies. From the Cisco perspective, Paul said the company has never had a stronger product portfolio from data center, switching, routing, security to collaboration.

“It’s a phenomenal time,” he said. “Then when you consider what’s happening with NetApp, there are some other excellent developments coming down the line with FlexPod. Having tghe involvement of Schneider Electric adds a strong third leg to the offer and changes it for the better”.

Additional Cisco partnerships including those with VMWare, Citrix, Microsoft, SAP and these put the icing on the cake. In the words of Paul Carr, “You’d have to go a long way to find a stronger combination of partners and expertise; that collaboration will be fundamental to the continued successful evolution of convergence”.