History has shown that greenhouse gas (GHG) emissions that were significant enough to affect the global climate started with the first industrial revolution that began in the late 1700s. Fossil fuel combustion in power plants – and later in light duty and heavy vehicles – as well as industrial manufacturing of cement and steel, are major GHG emitters.

IT is usually not called out specifically, but today, IT capacity is ramping up and has enabled automation in transportation, commerce, school, work, and especially in our entertainment and social lives. Chatter is growing about the concern that massive data center and network capacity could generate GHG emissions that will accelerate global warming.

We all know IT infrastructure is expanding at a fast rate, and it will require significantly more energy. But instead of doom and gloom, I see an era ripe for innovation and positive change. In fact, I predict that improvements in design, construction, IT technology and intelligent management, along with the rise in renewable electricity generation, will limit the climate impact of IT’s expanding infrastructure. 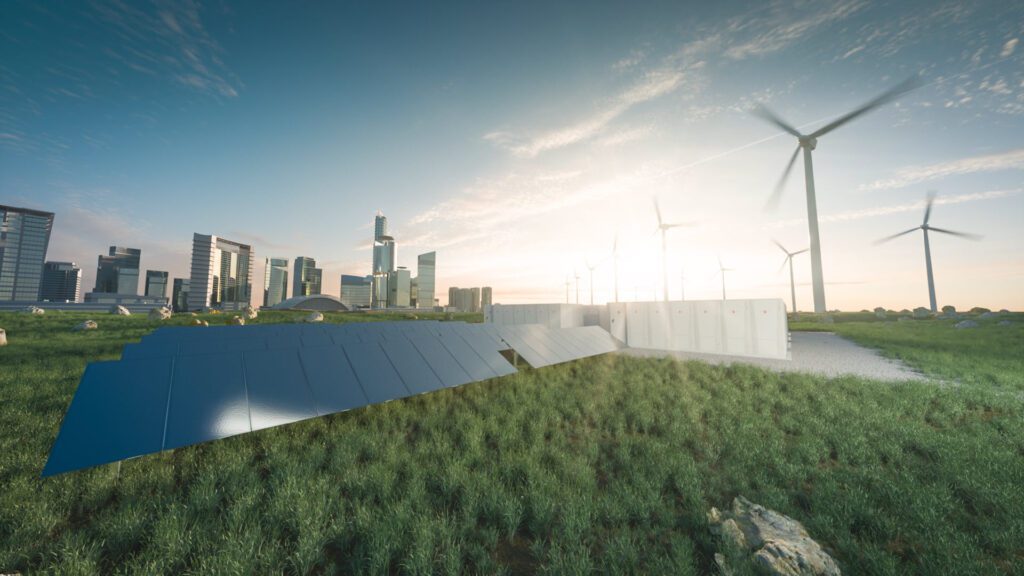 In 2021, I co-authored a report called “Digital Economy and Climate Impact,” which is a forecast of the IT sector’s energy consumption and carbon footprint up to 2030. I use a model in the paper that estimates the current global IT-related electricity demand at 1,900 TWh, or 8% of the total global electricity demand today.

This percentage includes data centers (servers and storage), networks (switches and routers), connected devices (IoT, phones, and tablets) and IT device manufacturing (phones, displays, peripherals and computers). I estimate that the IT sector’s electricity demand will grow by 50% by 2030, reaching 3,200 TWh, equal to 5% CAGR. Therefore, the IT sector would still only represent 10% of the total electricity demand by 2030 (keep in mind electricity supply is also growing). This is a 2% increase from the sector’s current 8% share.

My forecast is remarkably close to the most recent analyses from Anders Andrae, which he has updated from his foundational review, “On Global Electricity Usage of Communication Technology: Trends to 2030.” For comparison, this +1300 TWh forecast is similar to the International Energy Agency’s 2030 projections for additional electricity demand from air conditioning, at around +1,200 TWh, and around three times that of Bloomberg New Energy Finance’s estimate for electric vehicles, at around +500 TWh in 2030.

How this translates into carbon emissions

Translating this into carbon emissions, I estimate that the global CO2 emissions from the IT sector are 2.9%. This percentage is lower than the 8% electricity usage mainly due to the fact that electricity generation is cleaner than fossil fuel burning in industries. Therefore, IT has a lower carbon intensity than other industries, and I see it going lower into 2030.

BloombergNEF estimates the CO2 intensity of the global power generation system will decrease by around 25% by 2030. Therefore, according to my model from a macro perspective, the resulting emissions from the IT sector would increase by around 26%. This corresponds to an increase of 0.5% in total energy-related CO2 emissions, at 3.4% of the total by 2030.

While this shows the IT industry can grow with a relatively small effect on global GHG gas emissions, in reality, I predict the global effect will most likely be much lower. Most of the major, global IT players operating data centers or network infrastructure have made public commitments to rapidly decarbonize.

In 2020, Amazon, AT&T, Google, Microsoft, Orange, and many others made carbon-neutral or carbon-negative pledges. Achieving a conservative 50% decarbonization rate from these data center and network operators by 2030 (which is less than they are committing to) would lead to stabilized CO2 emissions, resulting in a global level below today’s 2.9% of total energy-related emissions. This means, that despite an increase in energy use, GHG emissions should decrease.

Practical Takeaways: What IT companies can do to minimize GHG emissions in data centers

When it comes to data centers, energy efficiencies and GHG emissions can be reduced across the design, build, operations and maintenance life cycle. For example:

• New software can be used to model the power systems as a digital twin and run analyses to optimize energy efficiency and sustainability.

• During the construction phase, model-based software can be used that capitalizes on AI to recommend the most sustainable components (based on their environmental profiles) and processes that take less time and use less energy.

• For the operations phase, IoT sensors can be deployed everywhere across the power, cooling and IT room domains. Software management with benchmarking and advanced analytics can be used across these domains to identify poor-performing areas and make recommendations.

For the IT infrastructure, new storage technology—solid-state drives (SSDs)—are being installed that use orders of magnitude less power than conventional hard disk drives (HDDs). New servers have power-saving modes, and server utilization is being increased by advanced virtualization. Further efficiencies can be gained with more streamlined, lighter-weight applications that are more portable, faster and easier to migrate from physical server to server and data center to data center.

For sustainable electricity use, data center operators are either sourcing renewable supply (solar, wind and hydro) directly or through long-term power purchasing agreements (PPAs). Data center operators can also use software to automate their operations to run on the greenest source. In the future, we will see more energy storage (mainly batteries) on sites to store green energy for use when a green supply is not available.

Harnessing technological innovation to do it all

I realize that what I am saying goes against intuition—digitized data center physical infrastructure design, construction and operation; advancements in server and storage design and utilization; and a rise in renewable electricity generation will actually reduce greenhouse gas emissions by 2030. Although not intuitive, this analysis clearly builds that case.

This article was previously published in Forbes.

Envisioning a Sustainable Future Through Innovation

Carving out Scope 3 Emissions from IT Operations and Data Centers