What is hyperconverged infrastructure

Hyperconverged Infrastructure (HCI) isn’t new. It’s been in existence for some time. It saw early popularity in virtual desktop applications. But it’s now being used by many companies to support data center consolidation efforts.

The quest for increased simplicity, efficiency, and agility, coupled with hybrid deployments and IT virtualization refresh cycles, is driving enterprises to hyperconverged IT.

At Schneider Electric, we are also seeing increased interest and adoption at the edge due to IoT and data processing needs. 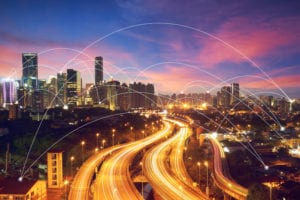 As the Internet of Things (IoT) phenomenon continues unabated, contributing to a massive influx of data that companies must process, these same companies will increasingly rely on hyperconverged infrastructure.

The increase in data generation is expected to continue and grow dramatically. The research firm IDC “predicts that by 2025 there will be 55.7B connected devices worldwide, 75% of which will be connected to an IoT platform. IDC estimates data generated from connected IoT devices to be 73.1 ZB by 2025, growing from 18.3 ZB in 2019. Most of this data arises from security and video surveillance, but Industrial IoT applications will also take a significant portion of this data.”1

Enabling hyperconverged infrastructure at the edge

To keep pace with this migration to the edge, data centers will need to become more agile and cost-effective. This is precisely where hyperconverged IT infrastructure can leverage integrated physical infrastructure in the form of micro data centers.

Schneider Electric’s EcoStruxure Micro Data Centers are a good example of solutions which have been designed in collaboration with leading hyperconverged IT partners. They include enclosures, back-up power (uninterruptible power supply), cooling, security, environmental monitoring, and remote management with diagnostics.

These micro data center designs come in reference designs, including hyperconverged IT from leading IT vendors – HPE SimpliVity, Scale, StorMagic, Nutanix, Dell VxRail, and Cisco Hyperflex. They can also be configured through our digital configuration tool, assembled, and delivered through one of our integration partners.

This makes it fast, easy, and cost effective to design, procure and deploy a complete hyperconverged micro data center solution.

Another key benefit of such self-contained systems: they’re easy to transport. That can be critical in the wake of a natural disaster, after a merger or acquisition, or just when it’s time to move to a new site.

There’s no question the IoT era brings with it some exciting opportunities for businesses to extract value from data like never before – if they have the appropriate IT infrastructure.

It’s equally clear that hyperconverged IT infrastructure, combined with EcoStruxure Data Center solutions, deliver a sound answer for organizations of almost any size, providing the sort of agility and effectiveness the IoT era demands.