For many of us with kids at home, we have recently been getting a crash course in a new educational paradigm. Our children are getting their class lectures at home by means of teachers’ recordings, YouTube videos or Khan Academy, and then log onto Zoom meetings to work through problems. This is referred to as “flipping” the classroom, as it’s opposed to the typical classroom setting where teachers lectured in the classroom and students did problems by themselves as homework. To me this is an approach with significant merit.

In similar ways, I see the electric grid as also flipping and with the preponderance of substantial solar and energy storage project milestone announcements these last few weeks, I think it’s happening pretty darn fast. 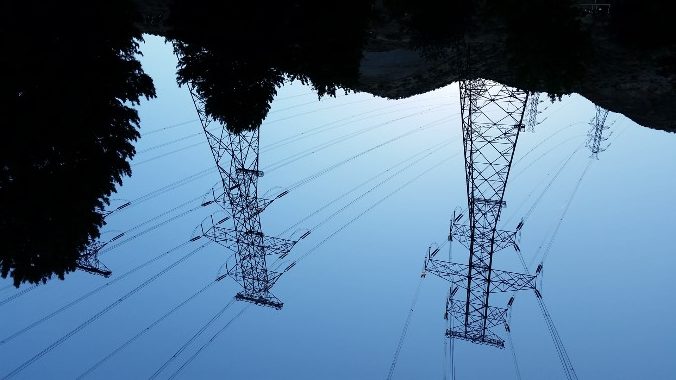 This concept of a ‘flipped grid’ can be described in several ways: flipping from carbon-based to renewable energy, from uni-directional power flow to bi-directional power flow, or flipping from centralized generation to decentralized generation. All of these would be correct. However, most predominantly when I think of flipping, I think of the immensely complicated, real-time, orchestration of supply and demand.

The Evolution of Renewables for the Energy Industry

Now having spent over a decade within the renewable energy industry, I’ve had a front row seat to the evolution of diverse new energy alternatives. For example, As we look at recent solar power purchase agreement (PPA) prices, we can see that in many areas of the world, solar is half the cost of centralized hydrocarbon-based generation and this trend applies to wind power as well. For instance, not that long ago the shale gas revolution drove natural gas prices extremely low. This drove a pretty massive build-out of natural gas generators. This happened to the point where many wondered if anything could ever compete with natural gas. Today, in contrast, the current record holder for solar generation is the Al Dhafra project in Abu Dhabi. At an insanely low price of $0.0135 per kilowatt-hour, even former natural gas proponents are shifting to renewable alternatives. I guess we could say that one other way the grid is flipping is from cheap gas and expensive renewables, to (relatively) expensive gas and (addictively) cheap renewables.

The degree and speed to which the grid is flipping to renewables became even more apparent after reviewing the latest EIA new generation estimates. Gross new generation capacity is 76% renewable, and after subtracting a few GW of natural gas plant retirements, the net renewable additions to the grid jump to about 85%!

Now in addition to flipping from hydrocarbons to renewables, we are also seeing progress in the flip from uni-directional to bi-directional. This comes in the form of the greatest bi-directional player on the grid, the battery. It seems that after tinkering around with modestly sized storage projects over the last few years, we are seeing the scale of projects grow, and not by a little, but by an extraordinary amount. In May 2020, SCE announced a 770MW project1 and if you make it to page 36 of NextEra’s Q1 2020 Earnings release2 , you will see that their storage project pipeline is a whopping 4GWh. Not only are their project sizes 10X bigger than they were a year or two ago, but the runtime is also pushing to four hours in almost all cases. So, the flip to bi-directionality is gaining powerful momentum.

The final flip the grid is experiencing is in the controlled balance of supply and demand. Historically, supply side of the equation could be easily controlled  because the output of combustion generators is easily regulated. However, the sun doesn’t always shine and the wind doesn’t always blow, so with these unruly intermittent renewables, control is a different story. While we may have gotten pretty good at weather prediction, full control is still certainly not easily viable. So how is this new balance established? There are two primary ways.

The first is from battery storage systems and the second is from either directly or indirectly controlling the loads. The second approach is often in the form of pricing signals to customers. While Time of Use (ToU) pricing is not new, we are seeing more and more rollouts of such pricing schemes with “super peaks” (or “super off peaks”) where the pricing spread is further exaggerated relative to historical ToU pricing. For example, SDG&E’s latest offering has a same-day spread of 300% between the peak and super off-peak pricing. But, ToU pricing is only one tool used to control loads. Across the country we see demand charges, peak shaving, and various other incentives being offered that provide attractive incentives for users to adapt their usage patterns.

Now one industry where the concept of load management has seen minimal penetration is in the data center industry. This is because data center loads are relatively consistent throughout the day, every day. For many types of loads the usage pattern can be adjusted, but when the load is constant, it’s essentially impossible to move the load to a better time.   With datacenter loads being so large there is also concern about the potential environmental impact of their energy needs. To the credit of the many participants in this industry, there has been aggressive purchasing of renewable electricity to run these datacenters.   However, the continuous loads of these datacenters do not align well with the non-continuous shining of the sun. This mismatch creates a complex dilemma… enter Google.

This concept of flipping roles from one where the generator responds to the loads to one where the loads respond to the generator, manifested itself in an interesting new way this last month. Google, who is already the largest corporate purchaser of renewables in the world 3 announced a new program called “Carbon Aware” computing.4 The basic idea here is that compute loads, to a certain degree, can be moved around the globe so they can be executed in the most environmentally beneficial way. To this point, we have really only seen loads respond chronologically to generation signals, but in this instance, they can respond both chronologically and geographically. Basically, put the load in the right spot at the right time.

As the grid continues to ‘flip’ in several ways over the next decade, we will see rapidly changing roles and far more complicated relationships and interactions between supply and demand on the grid. As a large and growing load on the grid, data centers in particular have an important role to play. This role includes not only the sources of electricity they use, but also where and when they use it. Furthermore, data centers have substantial electrical infrastructure and built-in battery storage. Through coordinated use of this infrastructure, data centers can optimize their use of renewable electricity, as well as provide ancillary services to the grid and generate revenue. For more information, read our White Paper 274: Monetizing Energy Storage in the Data Center. Are there other ways you see the grid flipping? Please share in the comments below!

Hospital microgrids: helping boost resilience and cost savings, on and off the grid