Technology is playing a big part in our everyday lives and advancements in automation will continue to evolve in many different forms. Think about when we used stamps and had to mail in our bills. Now, payment is scheduled and automated on-line through our bank. How about when we left the heat or air conditioning on all day when nobody was home? Now our thermostats know when we’ll be there. Our cars can park themselves and many forms of autonomous driving will be popping up, as some vehicles automatically update their self-driving capabilities (as local governments approve them) at night when we are sleeping.

Sometimes I have to remind myself that tech wasn’t always part of our lives. The first exposure that most people had to automation was most likely a simple robot used in manufacturing. Early robots were only capable of performing one or two sets of repetitive tasks in a highly controlled environment. Some notable early robots include:

When I was an MBA student studying in Germany 20 years ago, I visited a Mercedes automobile plant that had zero “active humans” in the manufacturing environment. It used an untraditional production line with cars on individual smart platforms “floating” from station to station. It was most likely one of the first Industry 4.0 factory environments as the platforms communicated with each other and the stations that moved the cars. Humans were involved only in testing spot welds on a small sample percentage of frames using rubber hammers and changing the dies on large metal stamping tools for the car body. Neither of these functions were in the production flow. 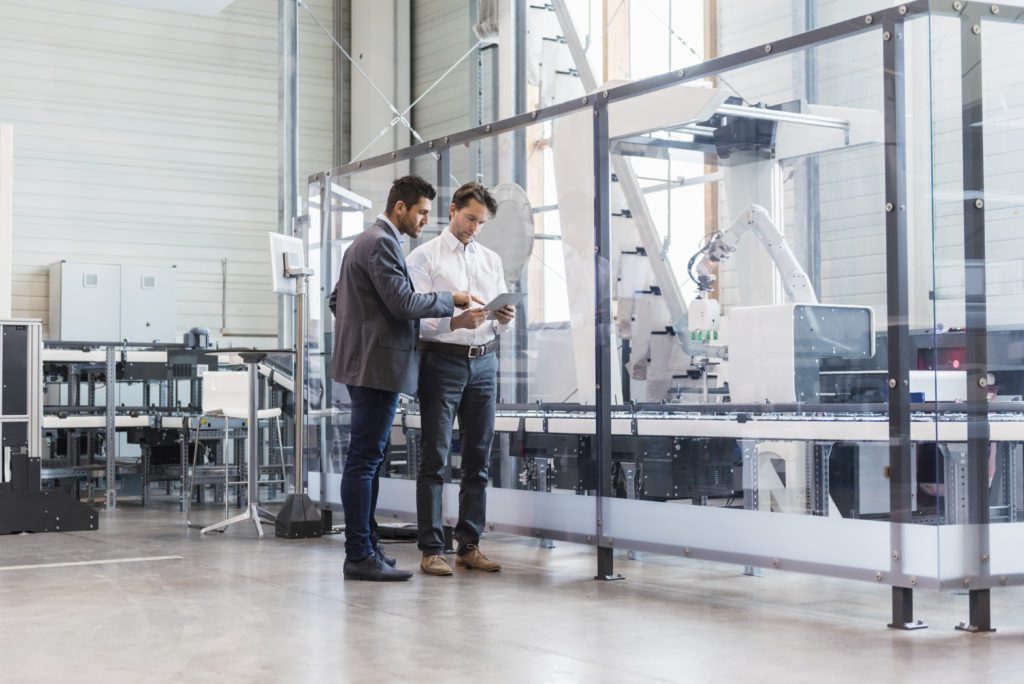 Academics, politicians, and business leaders have hotly debated the definition of Industry 4.0 since 2016 when Klaus Schwab, the founder of the World Economic Forum, published a book entitled The Fourth Industrial Revolution. A good Industry 4.0 definition by Meenu Singhal, VP, Industry Business, Schneider Electric, states that “machinery, storage systems and production resources carry out complex tasks, exchange information and give instructions to each other, without much human involvement.” However, the definition is “fluid” and open to updating as needed. The truth is there’s no one, agreed upon definition.

Companies embracing Industry 4.0 are expecting to increase automation, agility, security, and resilience. They may be planning to leverage some or all the following: Internet of Things (IoT), M2M communications, big data and analytics, advanced simulation, augmented reality, next generation connectivity (WiFi 6, 5G), and low latency cloud computing.

While the goals and ambitions are clear, the path to achieving them is not.

Many organizations start by looking for a path that improves current operations through the technology Industry 4.0 affords. These improvements could also be classified as beginning the digital transformation of manufacturing operations, which may cause organizations to confront unfamiliar, more nuanced risks. To mitigate this risk, it makes sense that these technologies will be phased-in through the life of the manufacturing line as incremental improvements.

The initial step for most companies is to massively scale their metering, sensing, and video capabilities – generating big data. Integrating, interpreting, and analyzing this data for their benefit is key and it requires IT in the form of compute and storage. This is an opportune time for most companies to consider a local edge micro data center in the control room of the manufacturing site; this solution is the secret sauce of Industry 4.0 for manufacturing.

Advancements at the Edge with the Micro Data Center

Some may ask, “Wouldn’t it be easier to process this new, big data in the cloud?” The issues with sending or processing information to the centralized cloud are threefold: 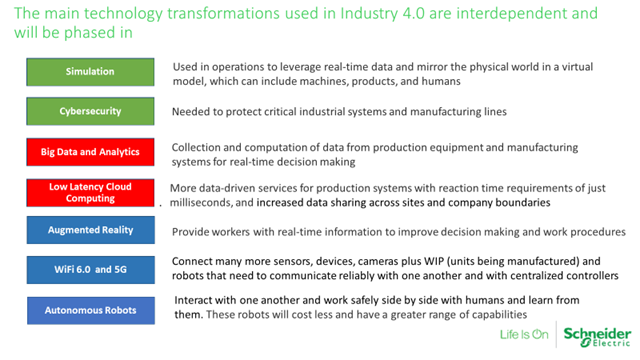 In addition, cybersecurity is a benefit that could be realized by using local edge micro data centers instead of the cloud. If the data is all being sent to one local edge data center, that data center can be used as the single fortress protecting attacks from reaching beyond that site. As data is processed at the edge, rather than being sent to the cloud or a centralized data center, the risk is much lower that it will be tampered with or intercepted. (Want more insights? Check out these other benefits of local edge infrastructure when managing the digital transformation).

Analytics is Just the Start of the Industry 4.0 Journey

Enabling machines to talk to each other and share information opens the door to more advanced analytics and visualizations and simulations based on real-time data. Decisions and actions from the digital world will translate into movements in the physical world. For example, manufacturing machines could analyze production efficiencies based on the availability of the raw materials, the performance and availability of robots, and the energy costs, and decide what to build and when to build it. A next step could be enabling the products being produced (whether it’s a toaster or a television or anything else) to actively communicate with the manufacturing robots to add options or increase manufacturing efficiency.

High bandwidth video use will increase. It will be utilized in security systems, as it is today, but also in applications like quality control. It will help automate the analytics on production equipment by adding sensors and video cameras to identify wear and potential for failures. High bandwidth video used in real-time manufacturing will require local IT processing because a single high def camera generates about 300GB of data per hour that needs to be processed in real time (multiple cameras are more likely). The best solution for this would be another micro data center dedicated to the IVA (Integrated Video Analytics) function, located on or immersed into the manufacturing line. 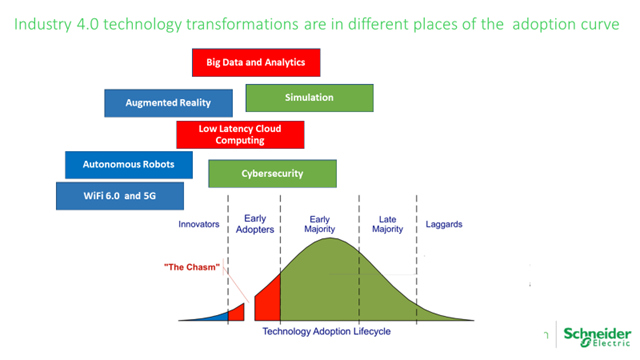 Starting an Industry 4.0 journey requires planning and implementing IoT devices and systems in conjunction with edge computing to enable an efficient platform with advanced analytics, augmented reality, and, eventually, autonomous robotic production. That will be when the production machines will communicate with the products being produced. This journey will most likely be phased in as technologies are added. With increasing sensors and cameras comes increasing need for local IT housed in micro data centers. High bandwidth function like video analytics and big data applications will need dedicated local edge micro data centers incorporated into the production line. Explore more about the micro data center, a solution that will enable this digital transformation.