Recently, one of my Schneider colleagues that I have the pleasure of working with, Ivonne Valdes, sales vice president – cloud & service providers segment, was named to the Hispanic Information Technology Executive Council’s (HITEC) 2019 Top 100 List. This marks an astounding ninth year that Ivonne has received the award. Working alongside her, I have respected and admired her leadership style, her work ethic and her ambition for years. It is no surprise to me that she is part of this elite group of technology leaders, representing the data center market, and I’m also proud of Schneider Electric who promotes diversity and inclusion as a means for strengthening business performance.

With Ivonne’s recent award, and as a mother to two young girls, I took some time to reflect on a question that many are asking today: Why don’t we see more gender and ethnically diverse leadership across global organizations?

Today, organizations are challenged on a daily basis with acquiring and maintaining talent. The gap is particularly acute in the areas of science, technology, engineering and math (STEM). Megatrends like globalization, economic volatility, and disruptive technologies are forcing leaders to find new ways to capture business. The ability to generate innovation depends upon new ideas which, in many cases, are generated by people with new and different backgrounds. 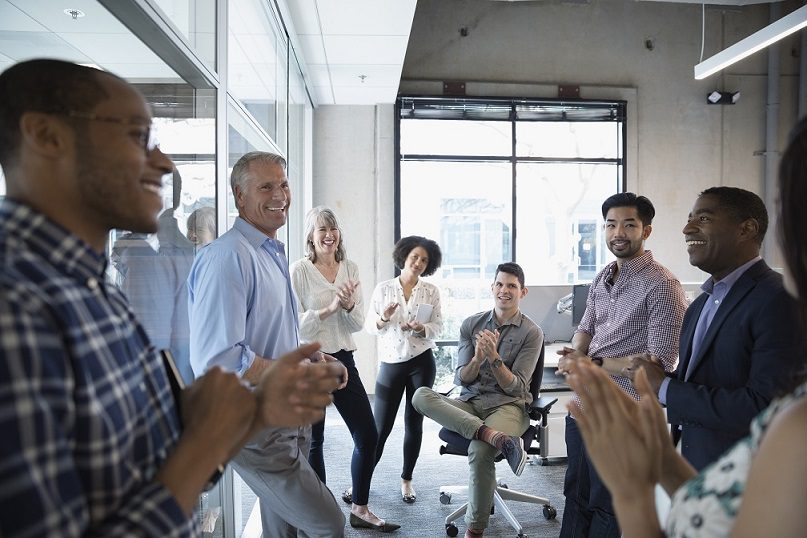 Diversity Benefits by the Numbers

That said, there are examples of successful workplaces with diverse leadership around us. A McKinsey study – which examined proprietary data sets from 366 public companies across a range of industries in Canada, Latin America, the United Kingdom, and the United States – compared their financial results to the gender and ethnic composition of their top management and boards. The study found that companies in the top quartile for gender or racial and ethnic diversity were more likely to generate financial returns above their national industry medians. Similarly, a global analysis of 2,400 companies by Credit Suisse found that organizations with at least one female board member garnered both a better return on equity, and higher net income growth.

Why the success? At the highest level, diversity supplements the skills of the existing workforce, promotes innovation and offers fresh perspectives. More specifically, gender mix strongly influences the way the marketplace demographic is changing. In the US, for example, more undergraduate degrees are issued to women than to men. Europe is not far behind and now emerging economies are seeing exponential growth of the numbers of women participating in the workforce. This represents a significant wealth of untapped talent that can relate directly to the biggest pool of worldwide consumers: women.

Accelerate the Diversity Trend in Tech

Young girls, including my own daughters, need more role models to be inspired to pursue the lucrative and rewarding fields of science, technology, engineering and math. In addition, when people like Ivonne, who is both a mother and a grandmother, demonstrate the successes of female corporate executives, everyone wins. I am a better leader just by being around Ivonne and getting exposure to her approach to leadership and the success she’s found. Such achievements make it easier for young women to recognize that corporate leadership roles are a viable, realistic and attainable option. This, in turn, enriches the diversity balance within corporations, enhancing their ability to innovate and compete.

I stress to the young women in my company that we can accomplish a lot and can better ourselves. Never abandon your values. Take risks and don’t be afraid to be wrong. Develop new competencies. Develop a strong network. Create opportunities and don’t wait for them to come to you. Believe in yourself and set ambitions high!

Many men across our Schneider Electric organization also play an active role in helping women achieve the goal of a more balanced workforce. They recognize that inequality exists and don’t think of gender balance as a women’s issue – they understand that diversity is an organization-wide contributor that can increase business results.

To learn more about Ivonne and the HITEC 2019 Top 100 List, catch this month’s HITEC Awards Gala and Fall Leadership Summit in San Francisco (October 22-24). Also remember that Hispanic Heritage Month runs from now through to October 15.

Speaking of women in tech! I’m a member of the Women in Energy – a group focused on networking and developing women in our industry. I’ll be attending their next development event in Boston, Wednesday October 30th. Consider joining this targeted network of over 1300 women strong at *Women in Energy.

5 Ways We can Promote Diversity and Inclusion in our Workplace

#ChooseToChallenge yourself: Every Day and in Every Role Regardless of Gender!

The power of women: How we’ve become one of the most gender balanced C-Suite on the CAC40, and why we won’t stop here