The U.S is 23rd in the world for last mile fiber. So how can we get ahead, be ready for 5G, and make cities smarter? A network infrastructure accessible to all must be deployed. If we build it, the innovators will come.

Panelists Stefan Bewley from Altman Vilandrie & Co., Igor Skochilo from DH Capital, Keith Kaczmarek from Inphase Wireless, Jack Demers from Netly Fiber and Rich Lee from Pureport and I considered this future during a panel session I hosted at Metro Connect.

A Shared Infrastructure for 5G is Necessary 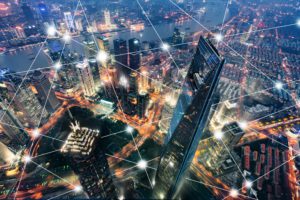 The current network is generally thought of as advanced. In reality, we don’t have a great deal of dense fiber deployment. Cost is seen as an obstacle, but that’s a bit of a misnomer. Fiber is not pricey, construction is. To overcome the expense and the usual political and regulatory issues, the panelists agreed, deployment should be done once, with enough foreseeable capacity for all providers over the next 30 years.

This approach is the opposite of what we are used to in a wireless model, which is based on exclusive ownership of networks and towers. That’s why the price of data was so high for so long. However, a shared infrastructure model is essential to the future. Without it, there won’t be enough capacity to support next-generation technology.

The Edge will Make a Difference

If fiber becomes totally ubiquitous, and all providers share the same network, how can they differentiate themselves from competitors? Network sharing could struggle to take off in U.S. because of this fear, the panelists noted.

Think about the carrier competition now. What once separated one from the other — the coverage capabilities — is much less substantial. In fact, most wireless usage is being done indoors. Carriers can’t use coverage alone as their value proposition.

The answer is in services, and the edge will make a difference in the types of intelligent services that can be offered. The panelists see significant opportunity at the edge, which will also be key in delivering the disruptive low latency (<20ms) capabilities of 5G. For example, for a large content producer, a 1% reduction in latency — the dreaded spinning wheel — results in a 17% increase in usage.

Today, however, the panelists see edge infrastructure as more of a hodgepodge; that is, a lot of custom-built appliances running custom software. This model cannot scale.

Rather, the architecture of the future will require virtualization, software-defined-networking (SDN) and cloud-like models with open source tools. This approach will allow companies to be nimbler and is in line with what’s becoming an API-first world driven by the DevOps revolution.

More geographically varied deployments will also be needed to realize the full power of edge and deliver low latency. For now, location is more important than volume.

One panelist pointed out that the majority of net new data center MW capacity has been deployed recently in the Northern Virginia and Dallas, TX regions. “That’s the opposite of where we need to go over time.”

The network of the future will be critical in defining what it means to be a smart city. Incredible bandwidth will be required. From traffic management and public safety to connecting citizens to businesses and each other, again, ubiquitous fiber accessible to every node will be needed.

Once the infrastructure is in place, the innovators will come along and develop applications and solutions to take advantage of it for both the public and private sectors. Entrepreneurs will create smart cities, reinvent business processes and enable new services — all on the backbone of the network of tomorrow.

It comes down to building the infrastructure in the right way.

Learn more about how we see the future of 5G impacting the data center market.

How Would You Complete This Sentence: What is Edge?