People sometimes ask me – “When is 5G going to take over for 3G and 4G?” I answer with a not so famous quote from a very underrated actor, Ricardo Montalbán in the role of Kahn from 1982’s Star Trek II, The Wrath of Kahn, “Oh, not all at once, and not instantly for sure.”

I admit it’s not as catchy as Mr. Spock’s “live long and prosper” from the same film but it sums it up. 5G, or what carriers will call 5G, will come in stages, as will increases in performance. These carriers understand the hype cycle and are looking to capitalize on this perceived “need for speed” (says very overrated actor Tom Cruise as Maverick in Top Gun, 1986).

AT&T is one of the first to say it has 5G already with “5G Evolution” and the company has modified its phones to display a “5G E” connection. AT&T’s web site says: “5G Evolution is our first step on the road to 5G. We’re starting by enabling faster speeds on our existing LTE network—up to 2x faster than standard LTE.” So, this isn’t actual 5G, but AT&T’s marketing department at work. The phones referenced are the latest 4G LTE phones, which include the most recent iPhones, Galaxy’s and LG devices. However, these phones do not actually connect to 5G networks because 5G networks are not yet available! Also, in the few test areas where 5G is planned, the provider may charge as much as an additional $70 per month.

For 5G to function at its claimed performance level of 10Gbps and <1ms latency, a new network of edge data centers and radio access networks (RANs) must be put in place; see my previous blog on IT and Telco requirements for 5G deployment. 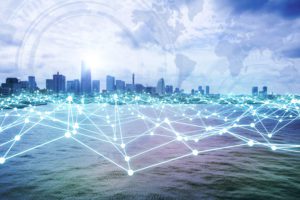 The first 5G New Radio (NR) specifications are complete however, most of the 5G focus has been to develop standards for the core and not the edge (edge data centers are needed for speed). The 3rd Generation Partnership Project (3GPP), which is made up of seven telecommunications standard development organizations, released what it called R15 in June 2018. It was a major milestone in many respects. However, it’s more of a standard for the core and less on the RAN at higher spectrum for millimeter wave antennas. Work is well underway on R16, which is focused more on the edge and higher spectrum RAN and may be ready later this year or early 2021 – so a work in progress.

What’s happening in the world of telco is that money is being spent on making 4G faster. But that’s not 5G you say – or is it?  An initial deployment of metro and edge data centers called mobile edge compute (MEC) is in motion. This will be a step toward real 5G because these MECs are designed with hardware and software disaggregated. This means that new 4.5G software will run on the MEC until the 5G software is ready. That is why the industry is focusing on an interim step – 4.5G or Pre5G.

The industry has a goal of achieving something approaching 5G speeds by advancing 4G networks by pushing the 4.5G LTE systems very hard. 5G edge software is not ready to go and most likely will not be for a few years. But Pre5G or 4.5G software is ready.

Returning to Star Trek II, William Shatner as Captain Kirk says, “I suppose you’re about to remind me that logic alone dictates your actions?” Yes, it’s logical that we should start with 4.5 and Pre5G, but what is it exactly?

This Pre5G terminology got started in 2014 by ZTE, a Chinese company, as a technology bridge to 5G networks.   Another Chinese company, Huawei, doesn’t use the term Pre5G. Instead, the Shenzhen-based company is credited with creating the term 4.5G around the same time.

I leave you with a quote from Maverick from Top Gun, “Sorry Goose, it’s time to buzz the tower.”

Meaning it’s time to start rocking and rolling. With operators upgrading their existing 4G data center MEC infrastructures ahead of 5G’s full introduction, the data center edge architecture is being put in place. The gigabit era is coming. The amount of data traffic carried over mobile networks will continue to grow, and 1Gbps downloads will be achieved from whatever G we decide to call it.

Be familiar with what’s in progress and refer back to my blog on the specific requirements for IT and Telco that dictate a distributed cloud data center architecture.