Colocation providers have to satisfy a lot of potentially conflicting demands, including providing service to their customers, maintaining the value of that service, and keeping costs under control.

A big part of this balancing act is reducing energy. This is a win-win proposition as it cuts costs, while also increasing the value provided by the colo because of its measurable contribution in the battle to reduce emissions.

There are several ways to reduce energy in data centers. Two of the most interesting right now are using lithium-ion batteries and the use of microgrid, says Greg Jones, VP of strategy for the service provider segment at Schneider Electric. 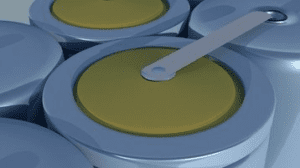 “Lithium-ion batteries (LIB) are becoming more cost-effective, and their benefits over traditional valve-regulated lead acid (VRLA) batteries are becoming more marked,” says Jones. “This opens up a lot of opportunities for data centers, including the way they fit with the utility grid.”

Lithium-ion rechargeable batteries cost more than VRLA units, but they have a longer life expectancy, and a much higher power density, and they charge more quickly. They also weigh less, are more robust across a range of temperatures, and need less cooling than lead acid batteries. Alongside this, they are also smarter, with accurate battery monitoring systems that can keep the units in peak condition, as well as opening new ways to use the power they contain.

“Lithium-ion is coming into new data centers,” says Jones. “Over the last 19 to 24 months, I have definitely seen more and more clients moving towards it.” It’s also a strong option for upgrades to existing facilities.

Colocation providers like LIB, but their problem is their clients’ concerns, says Jones. However good the batteries are, marketing and sales teams find that customers are scared of old media reports that suggest the technology is dangerous.

It is now five years since a widely-reported spate of laptops catching fire. There has never been a similar incident happening to enterprise-grade LIB in data centers, and Jones thinks that public perception is finally catching up, “What’s turned it around is time, testing, and education in the market.”

The technology’s better performance and lower demands have become very clear and chief technology officers at colocation providers are now receptive to the idea of upgrading to LIB. The space savings and reduction in overheads, combined with their longer lifetime and better performance, combine to make a good total cost of ownership (TCO) story.

“In the short term, lithium-ion batteries will help us to run data centers more efficiently, more safely and with more uptime,” says Jones. They are also more recyclable, boosting the cost of ownership equation if the full lifecycle costs of batteries are included.

But there’s more. Because LIB technology is more manageable, and can be cycled more often, it opens up other opportunities. A data center can become more active and responsive in the way it handles power. It can become less dependent on the utility grid and move towards having its own microgrid.

A microgrid is a small electricity network with its own local source of supply, that can function to some extent independently of the national grid. The word has recently become fashionable in the data center industry for a facility that wants to tread more lightly on the local utility grid.

Fundamentally, it’s not a new concept, says Jones: “A data center has been a microgrid for 20 years or longer,” he says. “When the utility power goes down, the UPS and back-up generators keep it running.”

The industry is moving on from this simplistic level of integration with the utility grid, to take a more proactive role in several ways. The facility’s back-up batteries store a great deal of energy, and as data center campuses have increased in size, that energy becomes more significant. Combine that with the greater responsiveness of LIB technology, and it now makes sense to make better use of that energy.

Within the data center, some of the energy stored in batteries can be used for a short period when the facility’s power usage is highest, so the power demand on the grid is reduced. This “peak shaving” levels the energy usage of the data center, making planning easier, and cutting bills, “It can be as simple as avoiding peak charges from the utility.” 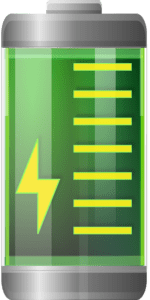 Batteries can also assist in moving to greener energy. Data centers are keen to increase their use of renewable power sources, but this has been difficult, since wind and solar power are intermittent, a data center’s energy demand is pretty constant.

“The industry has done an excellent job of sourcing power for data centers, and making sure that as we add megaWatts of data center capacity, we supplement the grid with other sources of power,” says Jones. “The next frontier on this is how we integrate some of these things directly into the design.”

Usually, data center operators simply pay for renewable energy elsewhere in the grid, offsetting the energy they use. However, a microgrid potentially allows the facility to use more renewable energy directly.

A microgrid can have a wider impact, making the data center responsive to what is happening outside the facility. When demand on the utility grid is highest, data centers can respond by switching to battery operation, or even allowing power to flow out from the facility to the grid.

In one example of this, Microsoft is offering power from its Cheyenne Wyoming site to the local utility, Black Hills Energy. When Black Hills experiences demand peaks, Microsoft will fire up its back-up generators, and feed their output into the grid.

Although this does release carbon into the air, there are environmental gains, Microsoft points out: the Cheyenne generators run on natural gas, which is less polluting than diesel and the arrangement has allowed Black Hills to defer a plan to build more diesel generating capacity in the area.

“We are talking about the marriage of energy supply and consumption,” says Jones. “Most utilities and customers are optimizing those equations separately, but if you think of them together, it opens up an opportunity to get to a more optimal solution.”

Till now, data centers have been designed to make sure they run reliably if the utility goes down, says Jones, “The next frontier is to go beyond that.”