Mobile World Congress is now one of the world’s largest tradeshows with 2,400 exhibitors and 110,000+ attendees. Without question, 5G was the dominant theme this year. Massive 5G signage draped practically every booth and 5G was either the main subject or mentioned in every speech, interview, and side conservation at the event.

When will the theory of 5G move into reality?

Although the messaging may lead you to believe 5G is already here, it’s not. We at Schneider already know this as we are in a unique position. As a physical infrastructure provider, we are working with many equipment manufacturers and service providers to design and build the 4.5 and ultimately the 5G network. Tremendous progress has been made in the last year with initial standards being finalized and operators across the globe testing, and even rolling out, limited early stage production systems in select markets.

So, when can we expect to see “production 5G”? Of the four big U.S. carriers, Sprint projected that the first four cities featuring Sprint’s 5G network would “most likely” go live in May. Verizon, AT&T, and T-Mobile did not commit to dates their networks would come online, with some vaguely forecasting the second half of 2019. 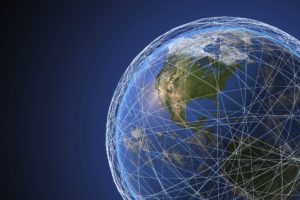 Although the technology is practically there, many operators are still struggling to construct any sort of compelling business case. This lack of a “killer app” continues to be the top of mind issue that needs to be resolved. The “build-it-and-they-will-come” mentality may work for some things, but when the global price tag is over $300 billion dollars, it’s a tougher sale.

However, huge investment is going on right now in the core and moving towards the edge with 4.5 and Pre5G. The hardware and software are being disaggregated in the 4.5G or 4G LTE Advanced architecture and a buildout of 4.5G is underway to improve data speeds and lay the groundwork for 5G. This 4.5G architecture is beginning in metro locations and some central office transformations, then the plan is for it to move closer to the user in the form of MEC (Mobile Edge Cloud).

OnePlus founder Pete Lau pointed out during a panel co-hosted by Qualcomm that the 5G revolution will happen in three phases, with the first phase taking place over the next three-to-five years to improve data speeds (LTE advanced or 4.5G). When the 4.5G network hardware is up and running, we can outfit it with 5G software and begin to build out full ecosystems of 5G devices and AI-powered software in phase two. Finally, phase three of the 5G era will make everything interconnected. 5G is coming, but it’s going to be a work in progress.

Mobile World Congress also provided plenty of action around AI, AR, and IoT, especially in the industrial sector. Robotic manufacturing will move into the next generation enabled by 5G and edge computing.  Many people were demonstrating how interfacing with technology can also adapt to support AI and AR through speaking and gesturing. More natural than typing on a keyboard, this approach opens a more intuitive way to enhance gaming and entertainment. A waiting line wrapped around Microsoft’s booth, full of people who wanted to experience its second-gen headset, the HoloLens 2. Its precision hand-and-eye tracking allows you to interact with holograms as if they were real. This mixed reality platform has grown into a tool that changes how businesses can teach, train, and empower their workers, with a price tag of $3,500.

Speaking of expensive, foldable phones with flexible screen prototypes were on display. Samsung only had two prototypes and they were behind a glass case protected by an armed guard. The Galaxy Fold, priced just short of $2,000, and the Huawei Mate X, going for even more at around $2,600, showed that the first wave of bendable devices is anything but affordable. 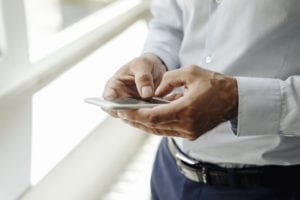 MWC19 was about how 5G is going to change mobile communication as we know it, but not right away as we need networks and phones. There were announcements of the Galaxy S10 5G, LG V50 5G and Huawei Mate X. But none of those devices are expected to become available before this spring at the earliest.

So, 5G is coming, but we will have many more Mobile World Congresses to discuss its progress. Check out the MWC19 agenda and exhibitors from this year’s show to understand what’s top of mind for the industry speakers who presented. Or read our Schneider blogs on 5G here.

Equipping the Mobile Edge to Enable the Digital World