In my last blog, Super-fast IoT Enabled 5G is Right Around the Corner, Or Is It?, I discussed how the industry was mobilizing to deliver on 5G and the promise of 5G (sub 1ms latency).

I noted how “the buzz” around 5G had hit a peak in 2016, in my opinion. However, I believe that today we are seeing a new wave of optimism intended to accelerate the deployment timeline, plus a new name 5G new radio (NR). We saw local operators MTS and MegaFon demonstrate 5G NR in stadium trial zones at the big football tournament in Russia. In American football, Verizon picked the U.S. Bank Stadium in Minneapolis, Minnesota to test its 5G NR wireless technology as the Philadelphia Eagles beat the New England Patriots in February.

Are these test beds going to turn into actual, commercialized, broad based networks?

The Relationship Between Network “Communities” and Micro Data Centers

Let’s not overlook the strategic importance of the venues where these trials took place. It’s true that the popularity of these events was perfect for driving exposure, but stadiums are also perfect from a technical perspective. Let me explain: 5G NR networks will be deployed in “communities” that can be as small as an office building, a bit larger like a stadium, or the maximum deployment size of a small city. Larger cities will have multiple “communities” deployed for a single application like Enhanced Mobile Broadband (EMBB), plus dedicated “communities” for specific applications like a smart manufacturing plant, farm, or building.

The Radio Access Network (RAN) for 5G NR will have many mmWave small cells very close to the user (data) in a very dense layout. This small cell densification forms a “community” that communicates with a local core base station. That’s right, 5G NR only works if it has line of sight with these small cells and mmWave antennas, which have to be in close proximity to the users. These will transmit to a local core base station that will serve multiple functions. It will manage all of the network traffic and it will cache high bandwidth content for delivery into the local “community.” And a new generation of micro data centers will enable these local core base stations.

The Improved User Experience with 5G 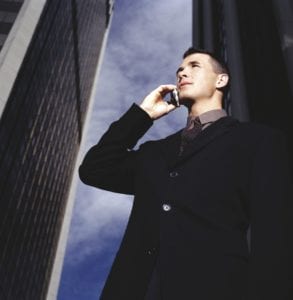 You can think of 1G, 2G, 3G and 4G networks as delivering a mobile experience in increasingly enhanced ways as it enables you to talk, watch movies, and even teleconference while traveling in your car, on a train, or on a plane. With 5G NR, you can experience never-before-possible, latency-free applications like autonomous driving and holographic communications. But it will be delivered in relatively small and dedicated areas. So, 5G NR will deliver latency-free, enhanced mobile broadband only in a “confined” area. In the test case stadiums, for example, you could watch interactive Ultra High Definition (4K UHD) video from a 360-degree camera on virtual reality (VR) glasses. However, you lose this ability when you get in your car and drive down the street. This is not what most people are expecting.

But, what is this 5G NR exactly? The main difference in 5G NR is the spectrum in which it will operate. mmWave technology used in 5G NR is defined as anything above 30 GHz (4G maxes out at 6 GHz but is usually around 2 GHz). Physics tells us that as the frequency spectrum increases so does the potential for propagation loss and sensitivity to blockage. In layman’s terms, 5G NR communication experiences huge losses when it must go through solid objects or travel any significant distance. Millimeter waves are governed by the same physics as the rest of the radio spectrum and, as such, they have limitations related to their wavelength. The shorter the wavelength, the shorter the transmission range for a given power. This means that as the GHz go higher, so does the potential for blockage and losses. Note the 30-300 GHz spectrum that 5G NR is shooting for was not used in the recent test cases at the stadiums. They operated in the high end of the 4G window.

The bottom line is I believe 5G NR has tremendous promise, but sometimes I can’t help thinking that 5G NR might stand for 5G.. Not Really. That is because 5G NR poses the most technological challenges compared to previous generations and will initially launch at lower spectrum and lower speed initially. It will need to go through many more test cases to prove viability and tweak the performance, but it will eventually get there. One thing is for sure, it will be much more distributed and be heavily dependent on densified small cells and antennas with local cache of high bandwidth content within the “communities” that will be housed in micro data centers. To stay informed about 5G NR and know what to expect next, be sure to check out the International Telecommunications Union-Radio website.