­Edge data centers are expected to become increasingly critical as companies grapple with how to deal with Internet of Things (IoT) traffic.

In many cases, IoT traffic ultimately winds up on some form of cloud platform or centralized data center. But the cloud wasn’t really intended for applications where response time is critical, as covered in this previous blog post on edge data centers. And yet many IoT applications most certainly require rapid response time; think self-driving cars and smart healthcare applications as examples. 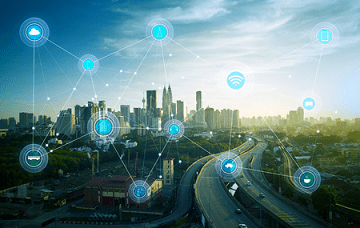 For many such applications that require low latency, the answer lies in edge data centers that sit closer to end devices and users, taking some burden off the centralized cloud platforms and reducing response times. It’s becoming crucial, then, that companies understand exactly what constitutes “the edge” and how best to build and operate edge data centers.

451 Research Expert On Edge and IoT

“Most people tend to think of the edge as very close to devices. In actuality the edge is a continuum,” he says. “It’s going through a mesh of interconnected infrastructure, ranging from very close to the devices used at the edge all the way through to the cloud. So, the edge could be thought of as the infrastructure topology that supports the IoT applications.”

Fidacaro explains why a unified edge/IoT strategy is so important and delves into the infrastructure options for building an effective edge data center. 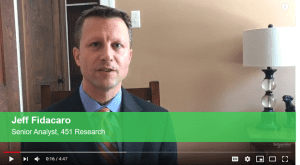 Why You Need a Unified Edge and IoT Strategy

Having a unified edge/IoT strategy ensures your infrastructure is optimized to meet the objectives of your organization’s IoT strategy. Properly implemented, such a strategy reduces risk, provides insights into your operations, and enables new services.

In terms of building edge data centers, prefabricated, modular data center components are a good fit. That’s a point Schneider Electric has been making for quite some time, such as in this blog post featuring a prefabricated data center success story.

Data center infrastructure management (DCIM) and Data Center Management as a Service (DMaaS) technologies will also have a significant role to play in unified IoT/edge environments that are highly distributed. That’s especially true given that many edge data centers will have few to no IT staff on site, making remote management capabilities critical. DCIM and DMaaS tools, including Schneider Electric’s EcoStruxure IT™, will also have to play in a multivendor environment, to reflect the nature of most data centers.

Get an Edge on IoT Applications

Learn more by taking a few minutes to watch this video from 451 Research on edge computing and IoT. It provides guidance on how to plan a data center strategy that will enable your organization to take advantage of the many business benefits IoT technology presents.

In the Cloud and at the Edge: The New World of Edge Data Center Management