If you’re not yet convinced that Internet of Things (IoT) technology is having a profound impact on all sorts of businesses, then attending the recent Hannover Messe would likely have changed your mind. 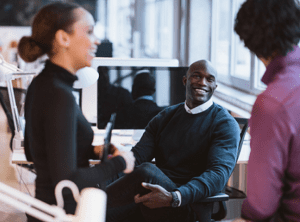 Hannover Messe (also known as Hannover Fair to our English-speaking friends), is one of the world’s largest trade shows, held each year in Hannover, Germany. It’s where attendees go to learn about the latest technologies and products in various technology industries and other sectors. Vendors go to scope out the competition, and to meet with potential partners and contractors.

My role at Schneider Electric puts me in the latter camp and my meetings with various vendors and partners painted a clear picture of how IoT technology is already playing a role as well as the promise it holds for the future.

One example is the shift we’re seeing from sales of standalone products to services or software that address issues, and perhaps have a product as a component.

A simple example that’s been with us for some time now is thermostats. Whereas once a thermostat was the device used to control the temperature in a home or other building, now it’s more of a component of a larger ecosystem. Internet-enabled thermostats like Wiser Air can “learn” the habits of a family and automatically set temperatures accordingly. The house will be at a comfortable temperature when you come home, and at an energy saving level when you’re asleep or away. While the thermostat plays a role, there’s plenty of cloud-based intelligence behind the scenes assessing usage data and essentially pulling the strings. After a while, the homeowner rarely needs to touch the thermostat. 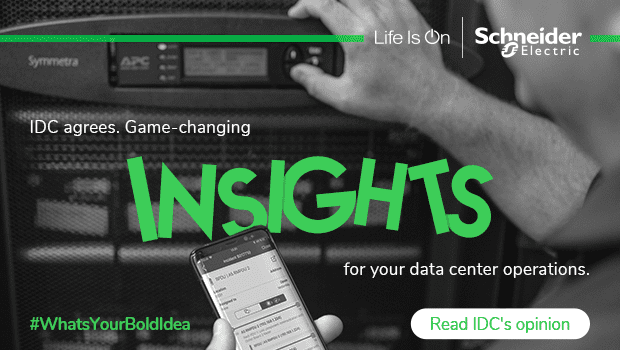 Smart phones offer another example. Today many (maybe most?) people find more value in the network-enabled applications their phones support than in the simple ability to make a phone call.

Now we’re seeing that sort of connected technology play out in lots of new areas, and in many different industries. In many cases, it means you no longer simply buy a device or a large piece of equipment; you also buy some software and/or services that add value to the purchase. It may be services that inform you about product maintenance or, in some cases, it may even drive revenue.

Leveraging IoT to put ads in elevators and on escalators

The giant elevator and escalator company Schindler provided a great example of the trend at Hannover Messe. For some time Schindler has had an IoT-based platform for monitoring and managing its elevators and escalators. But now it’s adding even more value by using the same connectivity technology to drive messaging boards installed inside elevators or above escalators.

The point is, using IoT technology you’re now taking that same elevator or escalator that’s been there for years and making it far more useful for the people who use it every day as well as lucrative for the building owner.

Bringing data science to the masses

Understanding what to do with all the data that IoT applications generate is crucial for success and that, too, is becoming easier. Traditionally data analysis was the purview of data scientists with the expertise to build data models that could glean meaningful insights or make predictions.

At Hannover Messe I met with several young companies with tools that can take in data and, using a mathematical approach, build models automatically to deliver meaningful results. One such company applied the technology to airplane construction. The company showed how it could build a model that examined this complex process, with thousands of steps and tasks, and show how changes in processes would impact the finished product. The idea was to find ways to make the construction process more efficient and reliable. You can imagine how much money technology like that could save an airplane manufacturer.

I don’t mean to insinuate that these sorts of technologies take humans out of the equation; they don’t. But they do make humans more efficient, helping them hone in on areas that will make a real difference in terms of efficiency, reliability, optimization or whatever the case may be.

As this technology progresses, it’s not hard to imagine the day when our artificial intelligence and machine learning capabilities improve to the point where they can automatically optimize data center infrastructure, such as tuning cooling systems and power distribution to save energy.

That’s a work in progress, but there’s still plenty that EcoStruxure IT can do for your data center operations in the meantime. Visit the EcoStruxure IT web site to check out customer testimonials, blog posts and a free research paper from IDC that clearly demonstrates its value.