Colocation companies are facing a period of tremendous opportunity for growth, but that same growth is forcing them to meet some serious challenges around energy use – for the sake of their own businesses as well as the planet. 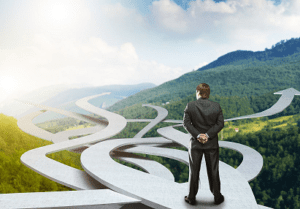 Those were some of my key takeaways from the recent International Colo Club event hosted by Schneider Electric in London. The event enables colocation companies to gather, learn about the latest trends in data center technology, tackle business issues, and compare notes. We’ve been hosting this event for the past few years in various locations – Paris in 2016, Miami in 2015 – and it never fails to deliver eye-opening discussion.

The London edition featured talks from Schneider Electric executives along with insights from industry experts including venture capitalists and market analysts on topics including mergers and acquisitions and geographical dynamics. We also heard from a Gartner analyst who helps enterprise customers manage procurement of colo space. And, as usual, we had a series of small group roundtables where attendees shared their experiences and advice on a range of topics.

In his talk on the opening night of the event, Dave Johnson, the Executive VP of Schneider Electric’s IT division, laid out the growth issues and challenges. He noted that over the next few decades, demand for energy will increase by about 50%, meaning 1.5 times what we need today.

During that same period, however, we need to cut CO2 emissions in half, “to make the planet livable,” he said. Part of the solution is renewable energy. The declining cost of renewable energy sources along with decreases in energy storage costs, thanks in large part to lithium-ion batteries, are driving change on that front. He expects renewables to account for about 70% of new capacity by 2040.

There’s certainly room for improvement on that front, as he noted that we’ve really only scratched the surface in terms of what’s possible with energy efficiency. In buildings, 82% of the opportunity for energy conservation remains, while in industrial applications it’s around 50%.

Schneider Electric has long been focused on energy efficiency and a big topic at the event was its EcoStruxure architecture. First introduced around 10 years ago with a focus on web services, EcoStruxure is essentially being reinvented for the Internet of Things age.  It’s a layered architecture with connected products at the bottom, edge control in the middle and, at the top, applications and analytics.

Some 450,000 EcoStruxure systems are already deployed, in most every vertical. Twenty of the largest oil and gas companies use it, along with nine of the 10 largest mining, metals and mineral companies and more than a million buildings, including three of the top five hotel chains.

With respect to data centers, EcoStruxure is intended to improve management capabilities for both performance and uptime as well as energy efficiency. With modules such as the IT Advisor, it’ll be crucial to wringing every ounce of performance out of data centers.

After Johnson’s remarks, we heard from Lex Coors, Chief Data Center Technology & Engineering Officer with the large European colo Interxion. He lent credence to what Johnson had to say about growth, citing figures from DCD Intelligence that show global data center power loads are expected to grow from 18GW in 2007 to 60GW in 2020.

“Sustainable energy is the way out,” he said. But a heavy use of renewables in data centers means we should take a fresh look at how we categorize data centers in terms of reliability. The traditional 4-tier model requires diesel generators to be part of the equation in order to earn the most reliable designation. That means a data center powered entirely by solar, for example, could never be a Tier 4, even if it had ample battery capacity for power storage.

Lex knows a thing or two about the topic, as he was a founding member of the Uptime Institute and has been active in groups including The Green Grid and ASHRAE. He is now chair of the Green Grid work group that is developing the Open Standard for Data Center Availability (OSDA) as an alternative way to “rank” data centers.

OSDA enables companies to factor in renewable energy sources and storage systems, and see what effect they will have on data center reliability and cost.  With the OSDA Standard tool, users can play around with the variables until they come up with the mix that best meets their requirements for energy efficiency, risk and cost.

Lex noted OSDA is intended to be updated as technology changes, which is a good thing – because if there’s one thing the Colo Club event made clear, it’s that change is about the only thing you can count on.

While those were my takeaways from our opening presentations, yours may be different. Click here to watch the videos and check them out for yourself.