If you know what coach won back-to-back Super Bowls or that a cassowary is a giant flightless bird and not a kitchen utensil then you could be a winner at HQ Trivia, the latest app that about 400,000 people log on to play twice a day in real time. Users say they’ve quickly become addicted to the thrill of the game, which is from the founders of the former social network Vine. And it’s not about the prize money, which is usually around $20.

Recently, Dan Rather played HQ Trivia with his wife and grandson, correctly answered a slew of increasingly difficult trivia questions in rapid-fire manner. He split the prize money with about 300 winners, taking home about $30, and he told the world about the experience on social media.

Soon after he spread the news about HQ Trivia, users started having trouble with the app. They couldn’t log on. Trivia questions weren’t popping up on their screens. They complained about lag time, delays, and glitches.  In general, users said HQ Trivia wasn’t working. 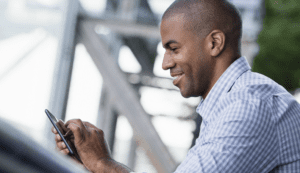 I don’t know what’s causing these issues for HQ Trivia but I believe this is a great illustration of what we call ‘resiliency at the edge’.  I’ve been discussing this topic in various presentations and the key take away is this: we can build the best data centers in the world, but it doesn’t matter if the last connection point to the user (i.e. ‘the local edge’) isn’t good and they have a bad experience.

We don’t think this issue will be a short-term trend. Many sources say that digital traffic is expanding annually by more than 23 percent and there are two billion internet users with 21 billion network devices. Perhaps more importantly, our society is beginning to depend on the network the same way it depends on the electrical utility and I would argue a generational shift is happening in terms of expectations of the performance of the network.

I was raised without the internet so, when the network goes down, to me, it’s almost a vacation and I read a book. But for the millennial generation, who will make up half of the workforce by 2025, it’s a different story. An internet outage is the equivalent of a power outage. That loss of connectivity is considered a failure. If you remember Pokémon Go, you remember the news stories about how the servers crashed under the popularity of the game and it makes the point that there’s a shift in thinking from “access is available” to “access must meet user expectations.”

In Abby Gabriel’s recent blog, Can Your Data Center Handle the Next Big Idea?,  she challenges people to look at the future and consider if their data center will be able to manage it. She points out that the internet set a new level of expectation and as business has transformed and globalized, technology has provided the platform upon which imaginative entrepreneurs, like the founders of HQ Trivia, have built.

Below are some additional links that you may find interesting.

This Woman’s Reaction to Winning Trivia is an Emotional Rollercoaster