Incredibly, it is once again December, a time of year when all good bloggers stop to take stock of the year gone by. Judging by number of views of data center-related blog posts published this year, following are the topics that most resonated with readers – all with good reason. 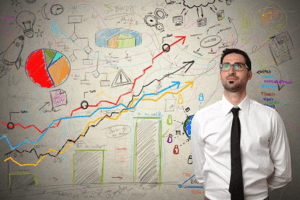 Resiliency at the Edge

Edge data centers were once again front-and-center in 2017 as companies employed them both as aggregation points for Internet of Things networks as well as to support any premises-based applications that have not moved to the cloud. But whereas in 2016 the focus was on the proliferation of edge data centers, in 2017 the discussion shifted more to reliability.

That makes sense, because applications that remain on-premises are generally there for one (or more) of a number of reasons: the company needs a greater level of control over them; to meet regulatory requirements; a need for fast connectivity and low latency. With those kinds of requirements to meet, edge data centers must function with the same sort of reliability and resiliency as traditional, large data centers.

As this post by Wendy Torrell points out, following best practices for edge computing deployment includes reviewing security, dedicated cooling, data center infrastructure management, rack management, and redundancy in various power components, including UPS, distribution, and power paths. The issue extends even to IT closets, many of which now function as edge data centers – and thus need proper cooling and power infrastructure, as this Dennis Bouley post makes clear.

In many respects, it all comes down to proper planning, which was another hot data center topic in 2016. Another Dennis Bouley post laid out the issue nicely, by comparing data center planning to kitchen design. “Typical challenges found in poor kitchen designs seem to mirror those found in data center designs: wasted space, poor lighting, inadequate ventilation and unstable power,” he writes.

The strategies for success are remarkably similar in both, as well. They include paying attention to the sequence of project execution, seeking out reference designs, and not underestimating the base infrastructure that is the foundation for all that follows. In the data center, that means power, cooling, racks and cabling. For more on this topic, check out the e-guide Schneider Electric produced on the topic, “A Practical Guide to Data Center Planning and Design.”

One way to simplify the process of building a data center is to use prefabricated, modular components. That’s how the visual effects firm Animal Logic built a data center in just 4 ½ months to support the compute-intensive work it does to create movie magic, the subject of a popular Steven Carlini blog post. One example is the film Happy Feet, which won the Oscar® for Best Animated Feature Film in 2007. The film was entirely computer-generated, including six scenes that had more than 400,000 penguins – produced by some 2,000 blade servers, as detailed in this Network World story.

“Speed of deployment for our data center environments is absolutely critical to our business,” says Alex Timbs, Head of IT at Animal Logic. “We were looking for an extremely high capacity, highly dense solution.”

A prefabricated solution fit the bill because most of the installation and integration work is done in a controlled factory environment, to customer specifications. Complete modules – for power, cooling and/or IT space – are then delivered to the site, where just a few final connections are required to get them up and running. As the Carlini post points out, the modules can take many different shapes and sizes, from skid-based components that sit inside an existing building to, as in Animal Logic’s case, self-contained data centers housed in ISO containers.

Last year in this space we recounted how lithium-ion (Li-ion) batteries were just starting to come on the scene. Well that trend has certainly continued, as a post by Simon Zhang made clear. Citing a report from Bloomberg New Energy Finance, he writes:

“In 2025 Li-ion batteries will account for 5.6GWh of data center battery backup capacity, as compared to 8.3GWh for traditional valve-regulated lead-acid (VRLA) batteries (see Figure 1 below). That means Li-ion technology will snatch 40% of market share in just 8 years. In a market that’s not exactly known for making rapid technological shifts, that is nothing short of remarkable.” 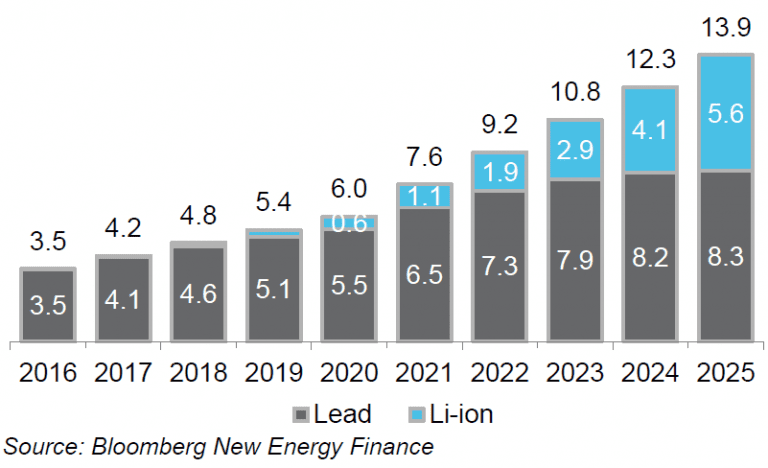 As the post points out, this kind of growth isn’t surprising given the many benefits Li-ion batteries provide, including:

A final topic that got significant play in 2017 was EcoStruxure IT, the data center management-as-a-service architecture Schneider Electric launched in September. As this post by Abby Gabriel explains, the vendor-agnostic architecture delivers proactive insights on critical data center assets along with actionable recommendations to optimize infrastructure performance and mitigate risk. In essence, it’s a cloud-based data center infrastructure management (DCIM) service, providing all the benefits of DCIM with none of the deployment complexity.

But in practice, it promises to be far more powerful than any single DCIM implementation could be, thanks to IOT technology. Schneider Electric collects data from all of the customer data centers it manages (currently more than 100) and feeds it to an analytics engine that drives the predictive and optimization components. So, all customers get the benefit of insights gleaned from all other customers (all anonymized, of course).

This post by Mark Bidinger outlines some of the benefits the technology is already providing to large customers including Telefonica, the Spanish telecommunications provider, colocation company Interxion, and Retirement Systems of Alabama (RSA), a pension fund administrator.

EcoStruxure IT began rolling out in late 2017 and will continue into 2018, so it’s definitely an area to keep an eye on in the year to come.

If we missed any topics that you think should be on the list, or if you have any suggestions for topics to cover in the year ahead, please let us know in the comments below.

Data Center Predictions for 2017, from the Critical Edge to the Promise of Li-ion