Connectivity is important to our daily lives and sometimes our lives depend on it. In the case of an emergency, instant access to emergency and law enforcement systems is critical. In the case of criminal acts, live video feeds can enable near real-time response.

Digital technology has changed requirements in nearly every industry. City government is no exception. Just like businesses today, public agency data centers have to support an ever-increasing number of devices — for example, real-time surveillance, police car laptops, biometrics, drones and police body cameras. Many of these technologies create large amounts of data and video, so storage is also a top priority.

The communication habits of citizens have changed dramatically as well, and they expect to be able to use the platform of their choice even in 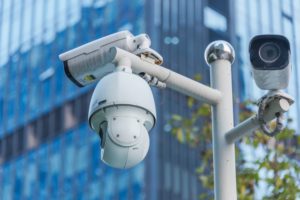 While technology adoption is certainly positive momentum for making processes more efficient within police departments and public safety agencies, the technology can only work as well as the infrastructure in place to support it.

Unfortunately, many agencies operate on legacy infrastructure that spans numerous precincts in large cities and often other areas of the state. As a result, already-taxed data center processing capabilities face added stress. These widely distributed, outdated environments are becoming too risky to depend on.

Things are starting to change, particularly in big cities where CIOs are driving the consolidation of distributed IT. They are working toward more centralized, efficient environments to run non-emergency functions. And law enforcement and other first responder agencies are upgrading data center infrastructure.

New York City is a great example of a city making technology changes. In January 2016, the Department of Information Technology and Telecommunications (DoITT) put out a request for information (RFI) for implementing “Next Generation 911” (NG911).

Anne Roest, DoITT commissioner, working with the mayor’s office, police and fire commissioners and city council members, is leading the move to digital-ready environments that can provide seamless transfer of information from the public to emergency responders through the 911 network — a network which handles 10 million calls per year.

The new system will ensure connectivity and enable interaction via text messaging, photo and video, social media and more.  The project has moved to the proposal stage and Text-to-911 is expected to be live early in 2018.

New York City is just one instance where technology has become a vital part of the agenda for the well-being of its citizens, and where centralized, modern data centers are critical enablers. Part of that modernization includes implementing the latest power backup such as three-phase uninterruptible power supply. Take a look at our government solutions site for a full range of data center options.

Is the Data Center Industry Ready to Respond to the Climate Change Emergency?