As companies continue to put more and more IT resources into the cloud, it’s putting greater emphasis on the need for edge data centers, which serve at least two main purposes: providing localized processing for applications that remain on-premises, and connectivity to cloud-based applications and resources. 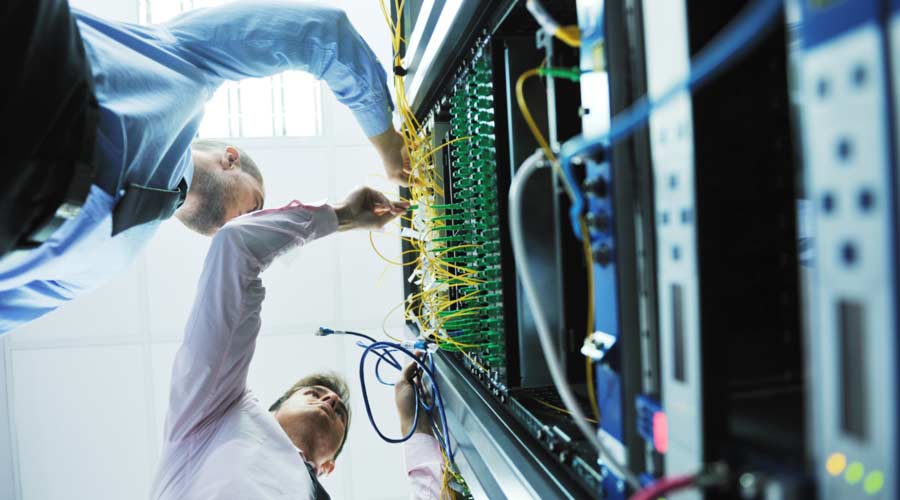 These edge data centers have become so critical that companies can’t afford for them to suffer downtime, because it would mean losing not only local processing, but the connection to the larger network and cloud resources beyond the edge data center walls.

In this previous blog post, my colleague Wendy Torell laid out the topic well, and suggested companies follow a number of best practices around security, cooling, management and redundancy in their edge data centers to ensure they stay up and running. I couldn’t agree more.

The question is how to build an edge data center that provides the kind of reliability companies need, but without the same amount of time, effort, and expense that goes into building a traditional data center. In many cases, the answer will be by using prefabricated, modular data center components.

When people hear the term “prefabricated modular data center,” many immediately think of large ISO containers, which is indeed one option. But modular data centers come in all sorts of shapes and sizes. It could be a single-rack, self-contained enclosure that fits in a closet, or a modular room built from pre-fab wall panels that can be used to carve out data center space within the confines of a larger room.

We’re seeing all sorts of implementations of prefabricated modular data centers at the edge. Hospitals, for example, connect to cloud-based applications that collect data from instruments such as infusion pumps and dispensing devices, to ensure no patient receives drugs that may have adverse reactions with one another – the Internet of Things at work

Hospitals also have significant local processing requirements, including systems to collect, share and store patient records locally, to comply with privacy regulations. Similarly, applications such as MRI scans benefit from local processing because they produce such large files.

In such an environment, the on-site edge data center is no less important than the cloud-based resources to which it connects. A highly resilient, functional edge data center can deliver the kind of local processing performance that’s required, without the latency issues that a strictly cloud-based data center would present. A prefabricated module can provide all of that, yet be designed to fit in wherever the hospital may have available space – even outdoors.

Speaking of outdoors, prefabricated modules are a great fit for harsh environments. They can be configured to withstand hot, cold, wet or dusty locations, and even areas prone to earthquakes.

Consider a mining operation, where heavy machinery, whether stationary (rock crushers) or mobile (trucks) are now largely unmanned – they’re controlled, operated and navigated by applications that operate over a local network. A failure of these systems can mean hundreds of thousands of lost dollars for every hour of downtime, making a highly resilient edge data center critical. Network connectivity is also a necessity, as results from 3D geological scanning must be transmitted to a central data center for analysis by remote engineers and geologists.

In these types of applications, a prefabricated, modular data center is a great option compared to building a traditional data center from scratch in remote areas. The modules are pre-built in a controlled factory environment, which is superior to construction variances one might encounter in a “stick built” data center that’s built on site. They can also be delivered far more quickly, in 12 to 16 weeks in most cases – about 20% to 30% of the time it takes to build a data center from scratch.

To learn more about how to build an edge data center that will deliver the kind of performance, security, flexibility and reliability that’s required in the age of cloud computing, check out the free white paper that Wendy Torell co-wrote, “Why Cloud Computing is Requiring us to Rethink Resiliency at the Edge.”