Genomics is a fascinating field of medical research that promises to fundamentally change the way medicine is practiced. The day is not far off when doctors will be able to develop a genome sequence for each patient, and use it to inform how that patient is treated.

It holds great promise because genome sequencing informs doctors how different patients will react to the same drug, for example, making it far easier to find the drug that will be most effective for a specific patient. 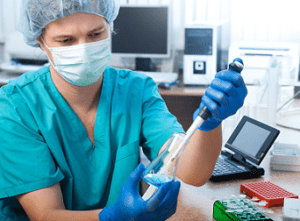 The Nancy & Stephen Grand Israel National Center for Personalized Medicine (G-INCPM) specializes in this sort of research. Established in 2012 by the Weizmann Institute of Science, the center provides Israeli academic, medical, and biomedical industry researchers with access to state-of-the-art genomics, protein profiling, drug discovery and bioinformatics research platforms. The goal is to enable individually specific medical care, drawing on its library of some 200,000 substances.

This is a big data effort on a grand scale and supporting it takes an ever-increasing amount of IT infrastructure. As a result, not long after its founding, the G-INCPM soon needed to expand its data center capacity. Doing so quickly was important, so the IT team could keep up with the addition of new researchers looking to employ its platforms, without having to place any limits on the important research going on at the center.

To address the issue, Sharon Dahan, head of IT for G-INCPM, decided to go with a prefabricated modular data center (PMDC) strategy. G-INCPM enlisted IBM Global Technology Services (GTS) to work alongside Schneider Electric to help define requirements for a new data center as well as design and build it.

“[Schneider Electric’s] partnership with IBM is a winning combination. They are both leaders in their fields,” Dahan says. “The design was custom-tailored to our needs. We get a one-stop shop, one support center for any kind of problem we have.”

Dahan decided on a prefabricated modular data center for a number of reasons. For one, it could be deployed far more quickly than building a data center from scratch – in just 7 months from the time the contract was signed to complete deployment, as it turned out.

The approach was also about 40% to 50% less costly than constructing a new data center and it uses about 15% less power, providing additional savings over its lifetime.

What’s more, the module is housed in an ISO container that could be installed on property the G-INCPM already owned, right next to an existing facility, saving the cost of additional real estate. That also enables the center’s IT team to maintain tight control over its infrastructure. At the same time, the module is highly secure, with biometric-based physical security on its entrances.

But the compute power inside is powerful indeed, with a high-performance computing cluster of 340 CPUs and some 3 petabytes of data. And if that’s not enough, the center can always add more.

“This data center gives us total flexibility and can be expanded easily. We have redundancy, real estate costs nothing, and it is extremely energy efficient, compared to a full-size data center,” Dahan says. “The contribution of this data center for us is fundamental, both in the short run and long run.”

Don’t take it from me; listen to Dahan discuss the project in his own words and get a quick tour of the data center by checking out this video. Dahan is correct in saying the PMDC concept is “trending around the world,” and this project helps demonstrate why.

To learn more about the differences between traditional and prefabricated modular data centers, review this free Schneider Electric white paper no. 218, “Quantitative Analysis of a Prefabricated vs. Traditional Data Center.”

Modular or Prefabricated: a question of data center definitions