The year was 1968.  My father was holding what looked like a black suitcase with two white stripes. He handed it to me and said “Here’s a gift for you. Your first record player!”. For years, I played records on that turntable (“Hey Jude” by the Beatles was the first “single” I ever owned). Eventually, that portable record player found its way to the closet as new formats for music were released to the marketplace.

Today, the data center industry finds itself undergoing changes just as radical as what has occurred within the music industry. Just as CDs replaced vinyl records, and music downloads have, even more quickly, replaced CDs, older wiring closets and makeshift server rooms are being radically transformed. 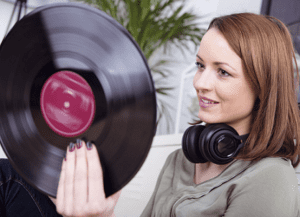 For consumers of music, a need for convenience and mobile access to songs drove these changes (why bring a pile of scratched records to the party if pushing one button on your mobile phone grants you access to your preferred playlist, without the snap, crackle, pop and skips)? For IT staffs, the spaces dedicated to two-post racks and cables need to be optimized and repurposed to serve the performance needs of bandwidth-hungry end users.

The drive for IT closet space optimization involves both the need for local computing sites to aggregate and store local data in order to provide “edge” users with faster and easier ways to access information, and the need for IT staffs to beef up remote management services. The new, affordable remote services run on cloud-based platforms and offer benefits such as data analytics, reduced downtime, reduced operations overhead, and improved energy efficiency for power and cooling systems.

As we enter a new phase in the way IT staffs support local users, confusion exists regarding the differences between old school IT closets and modern Edge Computing sites. Just like vinyl records and downloads both produce music, the way the final product (in this case data and information) gets produced, delivered and consumed requires rethinking.

Below are highlights of some of the critical differences between traditional IT closets and modern Edge Computing sites:

As vinyl records begin to fade from the memories of most consumers (except for hard core vinyl lovers), so will legacy IT closets. To learn more about how Edge Computing is revolutionizing the way IT rooms and small data centers at the edge of networks are being configured, download Schneider Electric white paper #226 “The Drivers and Benefits of Edge Computing”.