It’s been a fascinating few years for enterprise IT hardware architecture.  Open source operating systems are being installed on white box and bare metal servers driving down margins in the market and taking share from name brand servers – even driving major players like IBM out of the X86 server market entirely.  The big players that remain have been pushed to add more value pooling computer resources together.  New systems simplify management, increase utilization rates, and reduce costs. Hardware defined is giving way to software defined to improve automation and orchestration.

Hardware defined – IT infrastructure that is managed through its native controls and operating system.

Software defined – IT infrastructure that is managed and automated by intelligent software that is decoupled from the native operating system and controls.

Now let’s look at a popular way of doing convergence, an emerging way, and a futuristic way that seems not too far away. 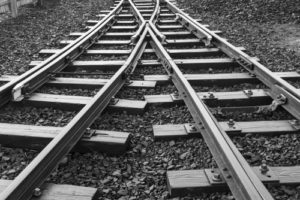 Today:  Converged IT – also called “unified computing” and “integrated infrastructure“combines servers (usually blade servers), storage (usually modular SAN), all connected with 10GbE fabric with a hypervisor on top for virtualization.  Essentially a singe IT framework that simplifies the installation and operation as IT components are shipped prewired and configured into IT racks.  Although the IT workloads can be physical, virtual or containerized, the control is hardware defined.

Emerging: Hyperconverged IT – combines the server, storage and hypervisor into a stand alone, grid or node based appliance.   The appliances are small with and server workloads are virtual or containerized with hardware defined control.  The integrated storage is software defined.

Future: Composable –  takes a modular converged IT base system and software defines everything.  Physical, virtual or containerized applications and become fluid with unlimited scale.

To learn more about how these scenarios can impact your data center plans today, Click Here.

Is Converged IT Infrastructure Moving Us Further Down the Prefab Path?

What are the Trade-offs with Converged Infrastructure