Home Data Centers Getting Closer To The Edge: In The Future, Will Everyone Own a Data Center?

When Bill Gates founded Microsoft he had a mission of “a computer on every desk.” Fast forward a few decades and it could be said Steve Jobs, Larry Page and Sergey Brin have put a smartphone in practically every hand.

What’s next? Could it be a data center in every home?

We are now in the age of the Internet of Things (IoT) where Gartner, Inc. predicts there will be 25 billion connected things — mobile devices, smart appliances, sensors, cars, industrial machines — by 2020. 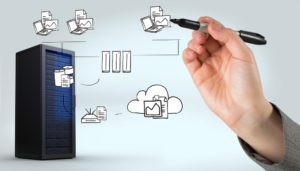 Our connected lives are generating unprecedented demand for computing power and connectivity that simply outstrip the capabilities of the traditional data center alone.

“Cloud centers are being built to perform massive computing and store masses of data,” says Russell Senesac, Data Center Business Director, Schneider Electric, “but they are going to be too far away for effective data transfer. Data is going to have to live closer to the end user.”

Living on the Edge

Known as edge computing, it’s being delivered via several technologies. At one end of the scale are gateways and micro data centers — self-contained, secure computing environments, assembled and tested in factories, and which include all the needed storage, processing, networking, power, cooling and automation tools.

Working alongside regional data centers, which still perform a key role, micro data centers act as local extensions, reducing latency and enabling near real-time processing. Russell explains that this can be likened to how cable systems operate.

A “head end” is a master facility — a control center — for receiving, monitoring and processing TV signals for distribution on the cable network. The network is connected to users from there.

For Rent: Comes with Data Center

Will there come a day where every smart home contains a data center to go with their cable boxes, light bulbs and HVAC systems?

Not, quite, according to Russell, but as urbanization continues, having a micro data center (or, at least, the capacity and cabling to support one) will be a competitive differentiator in real estate — for both commercial and residential building owners.

In an office scenario or home environment, provision of edge computing is quickly developing into a selling point. Can you imagine the rental ad? ‘Central Air; Washer/Dryer; Dishwasher; Micro Data Center.’

Edge computing and micro data centers will be explored in more depth by Steve Carlini, Sr. Director Data Center Solutions, Schneider Electric, at a session during the Gartner Symposium ITxpo, on Tuesday, October 6, 2015.