What would you do if you had the gift of second sight? Get the lottery numbers; maybe pick out the winner of the US Open, the horse racing or some other sporting event? Secure your family’s future, or maybe that of mankind? Would you tell your friends?

In Philip K Dick’s short story, The Minority Report, three mutants with the psychic ability to predict the future are plugged into a great machine in the Precrime division of the police. There, these “precogs” are set to work to identify and have apprehended people before they commit any serious crime they foresee.

In the book, the author grapples with big subjects like free will – the relationship between personal autonomy and authoritarianism – as the protagonist, John Anderton searches for his alternative future. Minority Report also made a great film with a compelling vision of technology – only the story was changed! 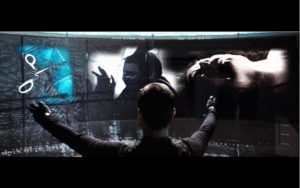 OK, it’s a far-fetched yarn woven around government sponsored psychics able to tell the future up to two weeks away. But right now, I have a lawn mower with some degree of precognitive ability. It’s a serious piece of kit; having learned my garden, it goes about cutting the grass optimally based upon data from various sources, e.g., the weather.

Its performance is monitored remotely and its maintenance regime organised accordingly. Technicians can, for example, see the cutting power of the machine and if the data suggests a malfunction is on the way, a replacement is shipped and the faulty one returned to base.

Now, I recognise that not everybody working in data centers around the globe is keen to get down to the garden shed in their downtime. I suspect some of you might not even have a lawn. But I’m sure that you don’t really need me to point out the relationship between the two.

For years, data center infrastructure maintenance was organised on a periodic basis so that critical equipment was serviced regularly – whether it needed it or not. Another irony being that often it was the human element of service which later caused a failure in pieces of equipment as parts were replaced unnecessarily or incorrectly.

The maintenance regime was backed by alarms which warned of equipment operating outside of a defined window which might indicate a fault. Now, we did things that way for years and some would probably say that it was effective. I would argue that with the data we can extract today, the old way of doings things meant stuff was done way too early, way too late or simply inappropriately.

An early success of DCIM was to be able to use data and analytics to more fully understand the way that equipment operates. By continually monitoring performance we have a better indication of what might happen in future. We use the past to predict the future.

The advantage to data center managers is obvious, service budgets can be allocated on the basis of criticality and priority to a more empirical degree. As energy costs come down and cost of building and operating data centers is reduced, service costs is one of the last bastions to be broached.

Now imagine that in the very near future your service provider had a team of precogs working for you to produce “majority reports” and dispatch technicians and new parts proactively to ensure your data center was continuously available – is that something you could buy into if it also reduced your costs?

What is the future of cooling capacity optimization in the data center?