Every June, Americans who live and work along the East Coast start preparing for hurricane season. And while 2015 is predicted to be one of the quietest storm seasons on record — thanks to El Nino in the central Pacific — it only takes one major storm to cause widespread destruction.

But even a brief power outage can wreak havoc on your data center, costing the business thousands or hundreds of thousands of dollars. And a hurricane or tornado can mean long-term power outages — or worse.

Since applications, servers and networks are essential to running a business, it’s crucial (and in some cases mandatory) to have a disaster recovery plan in place to ensure business continuity in the face of Mother Nature’s wrath.

That disaster recovery plan should be designed for a range of possible storm scenarios and include backup and remote maintenance capabilities. 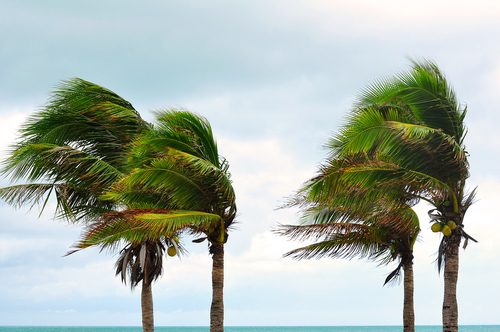 A reliable Uninterruptible Power Supply (UPS) system was a lifesaver for Montgomery County Hospital District (MCHD) in hurricane-prone Texas. The local government agency provides public health and emergency medical services to the region. Because of the location of its new data center — just north of Houston — it was greatly affected by Hurricane Ike.

For MCHD, a power outage means ambulances could be delayed on their way to 911 calls — so downtime just isn’t an option. It’s not about dollars and cents; it’s about saving lives.

But smart design helped MCHD prepare for just such a storm. Rather than multiple in-rack UPS devices, it deployed Smart-UPS and the 100 kVA Galaxy 5000, with two 750 kVA natural gas generators to power the entire facility. MCHD saved valuable time by allowing IT staff to hard-boot servers remotely, versus paying someone to go on-site (which might not be possible during a hurricane).