In the world of demand side energy management it is not uncommon for there to be a divide between facilities and IT within an organization.  Initiatives to stem energy usage are often championed by an energy management group on the facilities side of the house.  Energy conservation measures typically include features that are in the comfort zone of the facilities such as automation and control of building HVAC and lighting.   As buildings systems become smarter, there may be interactions between facilities and IT as smart-meters are put on the IT network, but for the most part data centers and computer rooms are deemed mission critical and exempt from energy efficiency goals.

IT’s resistance to attempts to reduce energy usage may not be unfounded, early efforts may have been limited to the lighting and raising the set temp set point for the data center.  In legacy datacenters, already strained by new higher density IT equipment, these efforts may have had an adverse effect on their primary objective, the reliability of IT operations.  Since, in a lot of buildings the data center represents the largest energy consumer, there is growing pressure to address the energy usage of IT spaces. 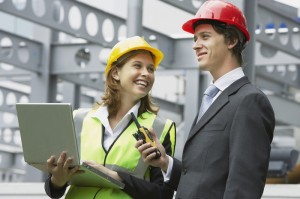 The good news is that there are win-win solutions that increase the energy efficiency while at the same time increasing the reliability of IT operations and allowing for higher rack densities.   Most data centers operate at a PUE of greater than 2, meaning that over half of the power consumed is for the power distribution and cooling to support the IT equipment.  Hot/Aisle cold aisle rack arrangements with supply and/or return containment can help to mitigate hot spots and allow for higher density racks.  Modular/Scalable UPS systems can allow for rightsizing for the current and future load while providing an extra level of redundancy.  And running the datacenter at higher AC voltage can reduce the energy losses and floor space of transformers.

Utilizing best practice data center design features can not only greatly reduce the energy losses, but can also increase the reliability and available rack densities.  Data center Infrastructure Management (DCIM) can allow companies to easily baseline their existing energy usage and monitor the improvements over time.   Where there may have been conflict in the past there is an opportunity to meet the energy goals of facilities while assisting IT in creating a best in class data center infrastructure environment.

Renewables, it’s your time to Shine!

A kW saved is greater than a kW burned

Why can’t we be friends?

Collision on Big Data: Dealing with the New Dynamics

Calculators for Data Center Facilities & IT Planners, Designers, and Stakeholders