Technological advances in the data center are becoming more viable as the industry becomes more welcoming to deviating from the dominant paradigm (as well as experiencing pressure from what I like to call the Web Giants). These leaders are driving trends in data center technology and efficiency – and with notable success. The future of the efficient data center, however, may actually come from a niche that is growing by leaps and bounds and is being largely ignored by most.

I firmly believe that we are at a pivotal point in the data center industry. We are starting to see leaders in utility computing (i.e. cloud providers) become competitors not only to multi-tenant colocation / wholesale data center providers but also hosting companies as well. As enterprises consider their holistic IT approach in support of their business with in-house and outsourced options available, performance characteristics become more important than design characteristics and aesthetics. (This is to say that how it operates is more important than how it looks or how it is put together).

Some of this can be seen in the form of the success of the pre-fabricated modular (PFM) market and is further underscored by the creation and subsequent growth of targeted solutions like Compass Datacenters’ approach that essentially offer an orderable, off-the-shelf data center (this is a simplification but close enough for the purposes of this discussion). These various approaches will continue to grow and enterprises will implement various technologies as time goes on; but the holy grail for anyone going down this road is to be able to peg compute work to watt – and of course chase the lowest power rate to give the highest work-to-TCO ratio possible.

Leaders have made great strides in achieving this but it’s generally a lot of work due to the fragmented and nuanced nature of the underlying businesses being supported by their data center / IT infrastructures (not to mention the difficulty in collecting performance data and turning it into actionable intelligence and performance-driven metrics). eBay’s Digital Service Efficiency ( https://tech.ebay.com/dashboard ) metric is a pretty good example of a metric for performance (they put it in terms of URLs per kW-hr) but it takes into account many of their own variables and is essentially only viable for eBay.

Behind the scenes, however, there is niche group of data center builders and users that look at the compute work from a purely economic point of view and go for the highest compute work per watt ratio possible. They design from that perspective from the beginning. In their world, there is nothing less than 100% compute load and to go below that is a hit to their bottom line. Uptime and performance are of utmost importance to them because downtime or less-than-100% performance is literally money. Who am I talking about? Cryptocurrency miners – the most notable and largest of which is Bitcoin mining. 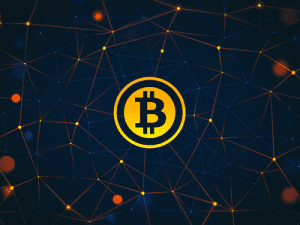 You may not know what Bitcoin is or how it works – and this is outside the scope of this discussion (though I would encourage you to give it a look). I acknowledge that the mere mention of Bitcoin will engage skepticism mode by most. “It’s a fad,” many people say. The long-term viability of this market and what I will call the Bitcoin movement is really irrelevant (though I personally find the technology / idea behind it fascinating and potentially game-changing). What’s important, however, is that regardless of how it turns out in the end, this is a user-base that boils the data center down to base elements and removes the fragmentation and nuanced nature that has complicated the design, engineering, and operations of the data center from its inception. These guys simply want to know the highest hash rate (cryptocoin-speak for compute work) they can get for the lowest cost.

So who is leading this movement and who should one watch? It’s so early that it’s difficult to say just yet. ASIC (Application-Specific Integrated Circuits) rigs, or computers with chips specifically designed for Bitcoin mining, only really achieved lift-off within the past 18 months or so; and many who started down this trail ended up defunct in one way or another. A company called ASICMiner, based in China, was the first to market; and its newest generation architecture employs submerged liquid cooling (in 3M’s liquid Novec cooling) in its data center(s) (Video here: https://youtu.be/oZavKweMrP4 ). Also making waves recently is Sweden-based KnC Miner that is working on a 10 MW Bitcoin mining data center in Boden, Sweden, about 16 km from Facebook’s data center in Lulea. Another example is a small though ambitious US-based company, Virtual Mining Corporation (VMC), though they are still somewhat in start up mode. There are others and there will undoubtedly be more – many of which are likely to fail due to a fast-moving and highly competitive race for the lowest cost-per-compute. The players matter less than the game, however, and this is where the intrigue lies.

If you’re interested in the future of data center design and want to truly get a peek behind the curtain of the bare metal, no-frills approach for the highest possible compute-per-watt, this is a market that you should watch.

Study: Datacenter operators look to efficiency, sustainability as strategic differentiators in the future

How Can Colocation Providers Capitalize on the Growing Market?

How eBay Used PUE to Get Free Cooling in the Desert

Hyperscale Pioneers Talk What’s Next: How Long will this Market be the Market?