Home Energy Management Energy Regulations Left, Right or Wrong at the Intersection of Energy and IT 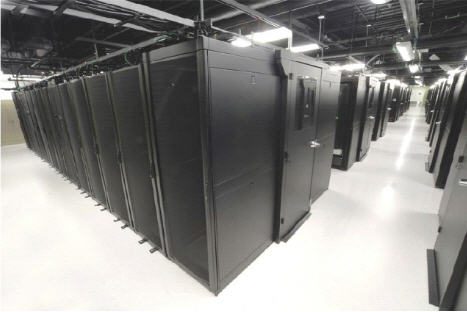 In a year of political impasse where we can’t agree on a budget, immigration reform or gun control, an area of agreement and bi-partisan support has emerged; energy efficiency.  Depending on which side of the aisle you sit, energy efficiency either gets support as a job creator, a reducer of government waste or a step forward towards solving our greater energy and environmental dilemma.  This tiny sliver of synergy hasn’t gone unnoticed and Congress is trying to capitalize.

In years past we’ve seen legislation that has somewhat successfully laid the groundwork.  We first started with EPAct 2005 which helped federal agencies establish their energy baselines and set initial energy management goals.  Not long after came EISA 2007 which captured those baselines and set more aggressive targets for agencies to reduce their energy intensity.  Sprinkled in during the years following were Executive Order 13514 (GHG reduction targets, Energy Star/EPEAT requirements) and the 2011 Presidential Memorandum which kicked off a $2B, 2 year sprint of Federal ESPC activity.

Recent bills introduced look to build upon the foundation already set.  What’s been interesting is that many of these bills are stepping outside the traditional boundaries of past energy efficiency legislation in that they’re addressing the energy consumed by IT as well as trying to shore up the loose ends of promised energy savings from the Federal Data Center Consolidation Initiative (FDCCI).

The Energy Savings and Industrial Competitiveness Act of 2013 (S.761) which just passed committee and the previously introduced Smart Energy Act (H.R. 4017) have purposely shared many of the same goals in hopes of making it into law.  Their common thread, in addition to an attempt at recognizing energy savings from FDCCI, is to provide guidance for federal agencies to employ advanced tools promoting energy efficiency and energy savings through the use of information and communications technologies (ICT).  This is to be followed by agency plans to implement and estimated energy and financial savings when implemented.

The Energy Efficient Government Technology Act (H.R. 540) takes the energy efficiency conversation into the data center and pushes the idea of metrics and reporting both for the data center infrastructure (PUE) and for IT/ITC utilization (possibly ITUE).

In my opinion, this is where things are going right (not the political right).  Congress has realized all of the potential benefits of energy efficiency legislation and they’ve recognized the energy intensity represented by federal IT/ICT and data centers.  Thanks to the ominous NYT article on “energy hog” data centers and the constant criticism by GAO of the FDCCI, this topic has come to the forefront.

Where things are going wrong has been highlighted in a recent Federal Computer Week article, Meritalk blog and letter from Senator Wyden to the President.  In short, government (OMB) has put a hold on innovation at a time where we need it most.  The Department of Energy is trying to execute the first ever ESPC for a Data Center consolidation project and essentially pave the way for other federal agencies to utilize the ESPC contract for the most energy intensive facility type in the federal building stock.  Sounds like a winner no matter which side of the aisle you reside.

Are we headed in the right direction with IT & energy efficiency legislation and for what reason(s) do you think OMB is holding up this ESPC for a Data Center?  Let us know in the comments.