I recently visited Spitfire Network Services Ltd, a London-based business providing telecom services and ISP solutions to small and medium sized customers. The company has its own extensive telecoms network infrastructure and formed relationships with market leading carriers and equipment suppliers. Over the years the company’s core network requirements have grown and evolved, in part because IT power and density requirements have increased, but also as customers have increasingly turned to Spitfire for more hosted solutions. 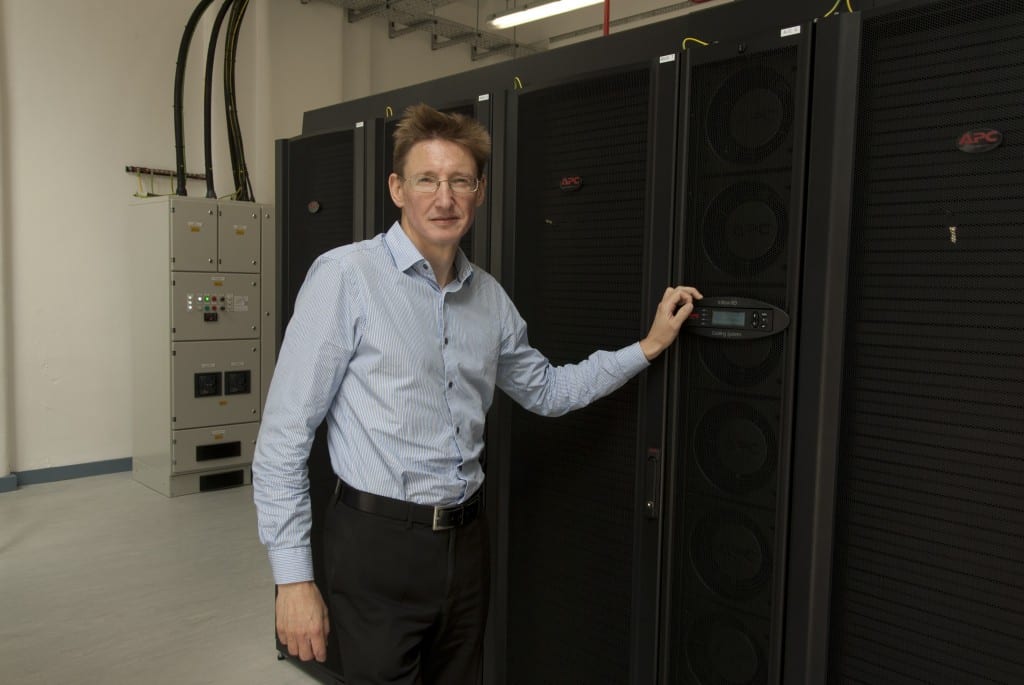 “Our core network requirements are increasing as our customers’ internet and telephony service needs grow. We have equipment collocated in Docklands and had been considering taking additional space in the West of London. But it seemed to us that owning our own core network hub would help us improve service levels to our customers as well as giving us the opportunity to develop new offerings,” said Graham Lewis, Director of IP Engineering at Spitfire Networks.

An office move, brought on by plans to redevelop the site of its existing office location for the new US Embassy, was just the catalyst the company needed. “We had two years’ notice of the plans, giving us ample time to explore ideas such as building and operating our own core network facility and communications room,” Graham Lewis told me.

The company’s vision was to have everything under one roof, which meant finding a space which could provide ample office accommodation together with a suitable room for servers, storage and network communications equipment and access to enough power for the company’s needs. 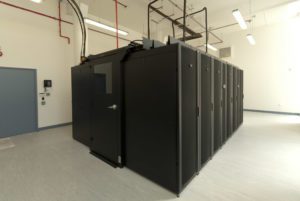 Spitfire Networks’ Core Network Node was installed in a weekend

In considering his options for building out the new facility Graham Lewis said, “We wanted a core network facility but had never built one before,” he said. “We discovered through our research that hot aisle containment would be an effective answer to variable power density in the equipment load, and that it would eliminate the need for a raised floor environment. We understood it would also reduce ongoing operating expenses through the efficiency of the cooling system.”

Graham told me, “By specifying a system from a single vendor – Schneider Electric – we were convinced we could avoid the potential pitfalls of integrating a ‘best of breed’ solution. We liked the fact that APC InfraStruxure is a complete solution, designed from the ground up to work together. And because it is standardized and modular, it’s also scalable to our requirements as they change over time.”

To fulfill the project, Spitfire chose to work with Advanced Power Technology (APT), an Elite Partner and Software Partner with over a decade’s standing with the APC brand. Graham Lewis said, ”APT were very helpful to us throughout. We liked the fact they have a strong track record building facilities similar to ours – and they’re an SMB too, so there’s a natural affinity.” 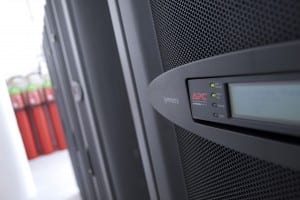 The installation went ahead in a very timely manner. “We had a lot of trades on site at the same time. The walls literally went up in the days leading up to the installation of the equipment racks, immediately after the floor was laid. It was a triumph of just-in-time manufacturing and the logistics worked immaculately from all sides,” said Graham Lewis.

He added, “We’re now using StruxureWare Data Center Expert for monitoring the physical infrastructure, which provides much of the functionality we originally thought we’d need a BMS for. All in all, we’re very satisfied with the Schneider Electric solution as well as with the work undertaken by APT. Together they’ve made building and running a core network node a very straightforward process, even for first timers.”