I recently had surgery at a highly esteemed academic medical center, the sort of hospital where I anticipated the best care. They had the newest electronic medical record program, a beautiful modern building, and an excellent reputation. Everything I saw predicted the best possible care and outcome. When I registered on the day of the operation, my name, birthday and drug allergies were documented and I was given a white identification wrist band with an imprinted q-bar code pattern. Because I have allergies to several medications, a bright red bracelet printed with DRUG ALLERGIES was also placed on my wrist. These wrist bands were scanned multiple times as I moved through the pre-operative process.

After the surgery I was taken to the post-operative recovery area where, still groggy and nauseous, I was offered a cupful of pills. To my surprise, mixed in with several tablets, was one of the medications I am allergic to! I attributed this oversight to my nurse being distracted by the high volume of patients moving through this short-term holding area, and thought little more about it. Unfortunately, this was just the first of several significant medication errors I was to experience in my 24-hour stay.

Once safely at home, I reflected on my hospitalization. I wondered how potentially life-threatening medication mistakes could be made again and again – despite frequent scanning of my wrist ID bracelet. Although my last hospitalization was decades ago, I could not remember such mistakes being made. Then a startling question took form in my mind. Do we turn over too much responsibility to automation systems? Do we rely too much on computerized aids, making us less careful in some critical areas? If so, what safeguards should be in place to ensure that sophisticated tools developed to decrease errors do not have the opposite effect of increasing mistakes.

Surprisingly, the merging of dog and human societies thousands of years ago can shed light on ways to optimize our relatively new reliance on automation, cyberspace and the Internet of Things (IOT)! Approximately 18,000 years ago, a subset of the gray wolves differentiated themselves by becoming domesticated with humans. As this union of species took place, the physical characteristics of this wolf-subset, “the dog,” evolved in ways that resulted in a remarkable and unique relationship with humans. Newly acquired floppy ears, a wagging tail, and forward facing and toddler-proportioned eyes evoked powerful emotions of affection from humans, securing dogs a place in the human pack. During this remarkable transformation, changes were seen in the brains of humans and dogs that were advantageous to both species. As the wolf became the dog, their strategizing and planning cerebral neocortex diminished by 20%. Simultaneously in evolutionary time, the human brain limbic cortex, the area related to smell and defensive reactions, diminished by 10%. These changes allowed each species to perfect certain skills without increasing the overall mass of their brain, a very metabolically demanding organ. Consequently, as dog and human packs merged, each species became more “brain energy efficient,” and together we became a much smarter team!

Once humans and dogs started turning vital survival functions over to each other, we became more than best friends: we became partners in the evolutionary journey.

As we rely more and more on these tools, will we relinquish a percentage of our brain activity to these machines? Whether our brain mass changes or not, until these systems are as reliable and flexible as a dog’s ability to bark annoyingly at a squirrel or growl menacingly at a possible intruder, we need to take precautions so that costly errors from human inattention do not occur when we are depending on cyber-assistance. 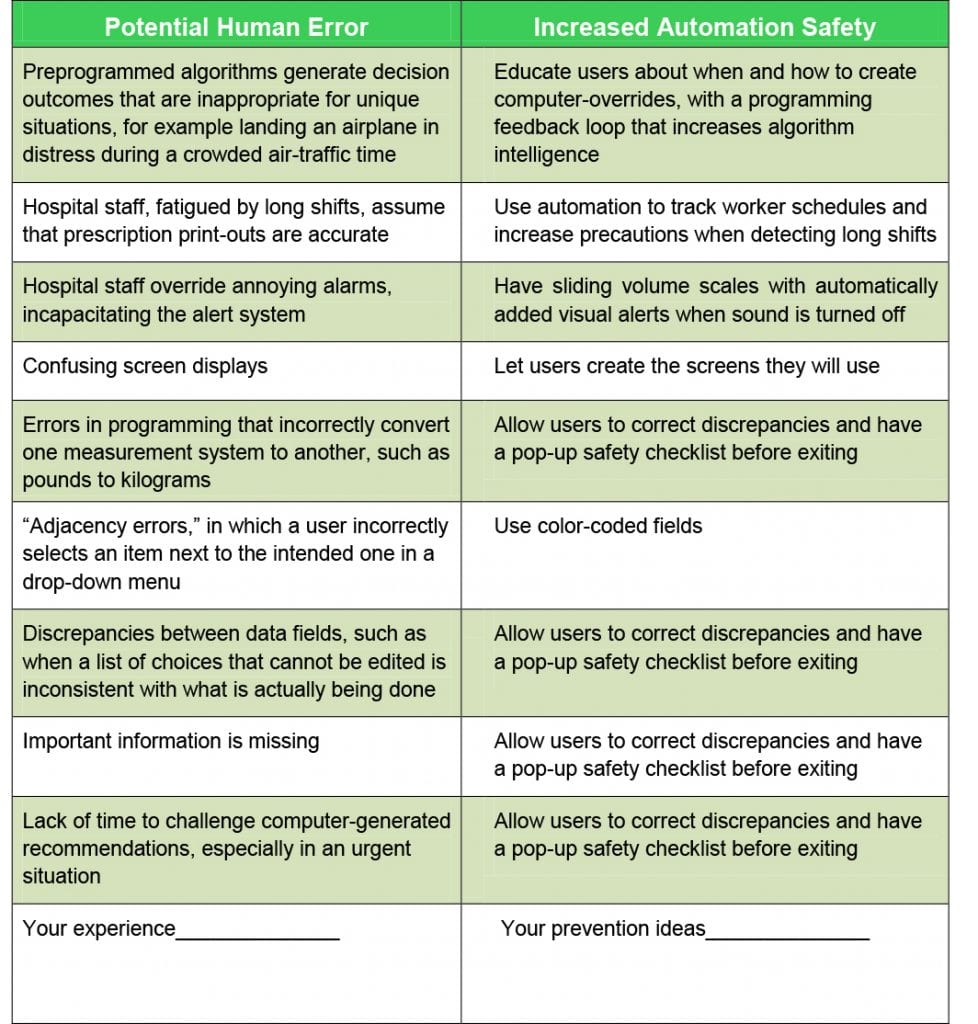 Clearly, automation, computers and IOT are here to stay.  How can we help these tools co-evolve with our reliance on them, so that once again, we have a winning team? Let us know your thoughts in the comments below!