Home Buildings Building Management PowerTalks I: How Digitalization Connects with the Global Goal for Net Zero Carbon – And Why It Matters

The global need for energy efficiency and the carbon neutrality initiative

While they might seem to be divergent business objectives, digitalization ambitions (specifically related to power and buildings) and the need to reach carbon neutrality are very much related. How so?

To start, the drive to digitalization comes as electricity companies struggle to deliver clean, stable, reliable power to consumers globally, in part due to the impacts of a changing climate and energy landscape. Buildings and industrial complexes are experiencing more power disruptions and power quality issues than ever before.

Despite ongoing challenges, most facilities operate without information about their electrical systems and their power. This lack of visibility exposes organizations to several risks and challenges, including safety, uptime, energy efficiency, operational efficiency, and compliance.

At the same time, electrical systems play a significant role in the modern energy landscape. With digitalization as the framework, modernizing power management systems with new technologies is critical to building efficiency, sustainability, resilience, and, eventually, carbon neutrality.

To underscore the importance of improving energy efficiency through modern technologies and establishing consistent industry nomenclature, Schneider Electric has created this PowerTalks blog series. This first post will provide context by linking energy efficiency with digitalization and outlining how energy today is changing. 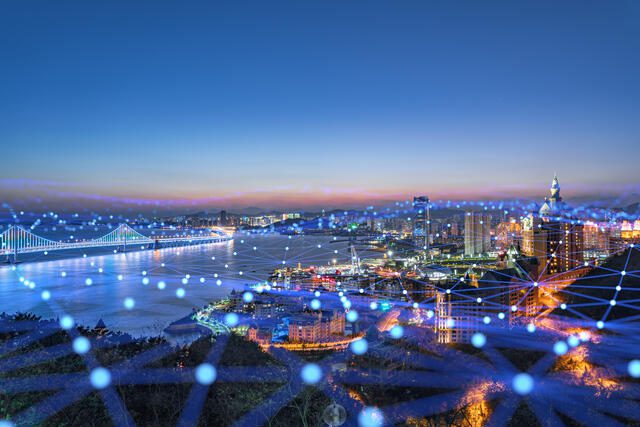 Developments in the energy space call for corporate and municipal leadership to look more closely at managing power. There are more loads and processes that are power sensitive and more types of loads and distributed power sources. Many facilities are also getting larger or increase in power density and criticality. All this adds to the need to stay on top of real-time electrical conditions throughout power distribution systems.

Power digitalization uses digital technologies and software to optimize operations and reduce energy consumption by automating power and energy management activities and integrating them into the larger building management ecosystem.

Power digitalization is an initiative focused on empowering organizations to make the most of the world’s energy and resources. It’s no secret that there’s a global need for all businesses to reduce emissions and increase sustainability. Power digitalization is the overarching strategy for delivering these initiatives, from commercial and industrial buildings to public sector facilities like libraries and government offices.

My next post will help you distinguish between the various “digital” buzzwords in the marketplace and understand what exactly we mean by “power digitalization.” You can also download our white paper, “Power Digitalization: Understand and Achieve Active Energy Management in Buildings.”