The first post in this series talked about how the passage of time has both hurt and helped sensors. On one hand, sensors age and get out of calibration. On the other hand, new technology makes calibration problems a thing of the past.

The post also mentioned another aspect of the passage of time: how the need to retrofit a building can be pushed along by the mass aging of devices like sensors. That’s important because buildings, as the International Energy Agency noted in this report, are in use a really long time, decades in fact. But the technology inside a building that runs the heating, ventilation, and air conditioning (HVAC) can be outdated and needing a retrofit before even 10 years have gone by. 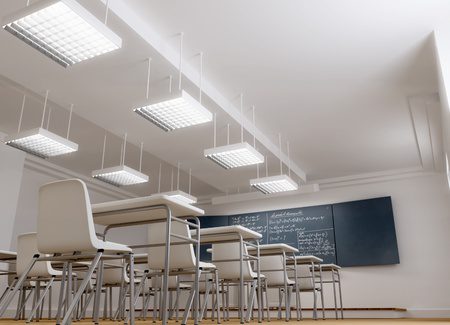 This post covers what the passing years mean to valves and actuators. Again, there’s both good and bad.

The bad has to do with wear and tear. Valves and actuators repeatedly open and close. That’s how they turn water and air on and off, which is what makes the HVAC actually heat and cool.

That means valves and actuators wear out over time. They could fail. But they may also be a little sluggish or they could even stick for a bit and then move again.

That impacts temperature control inside a building. Sensors may be saying that fresh air should be brought in from outside. Or maybe the sensors, as part of the BMS (aka the building management system), are saying it’s time to stop bringing in outside air because the people have left and CO2 levels are dropping.

But because they’re old, the valves and actuators may not respond properly or quickly. And then one of two things happen: either people are uncomfortable and have to perhaps breathe bad air or money and energy get wasted.

That’s the bad news. Now, here’s the good. Valve and actuator technology has gotten better. In part that’s because all mechanical systems have gotten better. In the past, tolerances were maybe millimeters. Today, they’re measured in microns – thousandths of a millimeter. For comparison, human hair has a diameter of 20 to 180 microns. So the critical distances can be thinner than a hair.

What these tighter tolerances and other changes mean is that valves and actuators have less internal resistance. The gears and other mechanical components within them mesh together more accurately. So valves and actuators work better. They also last longer. For an indication of how much, look at vendor warranties. They have climbed from two to five years.

So, those older valves that stick or clog require more maintenance? They can now be replaced by newer, better versions, thanks to advances in technology.

And they may have to be replaced. Retrofitting is a fact of life. Often a device level retrofit is part of a major upgrade. But, part of the reason for that upgrade is that sensors, valves and other control devices, the foundation of a BMS, are just too old and not performing at optimal efficiency.

So, the passage of time isn’t all bad, at least for valves and actuators. They’ve actually gotten better over the years.

The next post will cover changes in control schemes. Those, too, have improved. For one thing, they’ve gotten smarter, which means greater energy efficiency.

In the meantime, look here for examples of modern valve and actuator technology.