It isn’t as headline grabbing or as history-making as the world’s tallest building, but retrofitting existing buildings can make money for building owners and controls contractors. What’s more, advanced technology can now magnify the benefits and make upgrades less costly and easier.

First, though, let’s talk about the potential of retrofitting. According to an International Energy Agency report, half the world’s current buildings will still be in use in 2050. In the same report, the agency also states that many buildings will have useful lifetimes of a century or 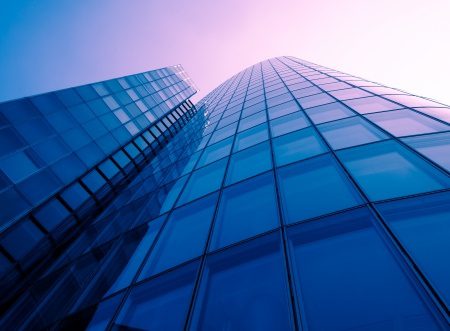 Think about it. That means many of the buildings in use today are decades and possibly centuries old. They may have older control technology. It may even be as old as the building itself.

That’s important because studies have shown that up to 75% of the cost of a building over its lifetime is operating expenses, with energy consumption a big chunk of that. So, older control technology means that buildings cost more to run than they should.

What should building owners, facility managers and the controls contractors who advise or sell to them do about the situation?

I know what you’re thinking. Retrofit? Upgrade the hardware and update an older or legacy system? Doesn’t that take a long time and cost a lot?

Well, thanks to technology advances, retrofitting today is simpler and less expensive than it was before. As a result, the ROI is typically about 3 years, thanks to the operational savings possible with new technology.

OK, so where should you begin? Start with the basics, the control devices. Meters, sensors, valves and actuators are often overlooked. They’re small and operate behind the scenes, which makes them easy to forget.

Take, for instance, power meters. They’re critical to any successful retrofit. After all, knowing how much power is being consumed is the first step to finding problem areas and fixing them to reduce energy consumption and, in turn, overall costs. The more you know – like what is sucking up the power and when – the easier it is to save energy and money.

But, retrofit success demands more of a power meter than just providing information about energy consumption. Ideally, the power meter should have a small form factor. That makes it fit easily inside a panel. If you can do that, there’s no need to mount the meter outside of the panel in its own enclosure, with wires running between the two. Being able to fit a new power meter inside an existing panel saves installation expense and time.

Also, the power meter should be able to connect with a variety of current transducer (CT) options. And it should support a variety of communication protocols, including Modbus and BACnet. Having CT and communication flexibility means that one power meter can work in a variety of retrofit situations. That cuts down on inventory costs, as well as labor costs associated with installation. It all adds up to savings.

If you want to see an example of a power meter with all of these characteristics, look at the Enercept, the new EM4200. It can be the basis for expert energy cost and network management for buildings ranging from small to large. And it makes retrofitting as easy and painless as possible.

So, retrofitting can make buildings better suited for the coming years of service. The key is to put the right technology to work. And, when it comes to energy consumption of a building, it’s literally true that knowledge is power.