For decades, robots have been cool. Sony’s robotic dog called Aibo would let people experience animal companionship without the mess. Honda had a small humanoid robot called Asimo. Say “Danger, Will Robinson,” to anyone who grew up in the 70s, and they will know what you’re talking about.

Science fiction aside, what is a robot today? A thermostat that adjusts your household temperature on its own? Light bulbs that dim automatically? Perhaps variable speed drives that can reduce the energy consumption of commercial refrigeration equipment or air conditioners… The proliferation of low cost sensors and microcircuits might be changing our view. 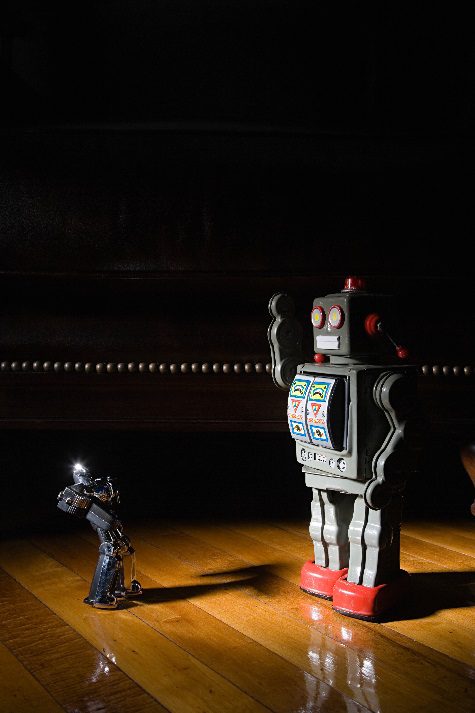 In other words, today’s robots can be boring. But, that’s good. In fact, it’s great because the idea of what we want robots to do is expanding. In the past, people imagined robots as humanoid machines that reflected our place in the cosmos. Inventors were basically making mechanical versions of ourselves.

Now, robots, or at least the ones with the greatest market potential, are increasingly utilitarian devices geared toward repetitive or dangerous tasks. These kinds of robots won’t replace humans in the workplace; they will perform the tasks that people can’t or don’t want to do in the first place.

Take Me to Your Power Plant

Take, for example, the robot invented by Greenbotics for washing solar panels. It cleans dust and debris off of solar panels. In some of the power plants being proposed for the deserts of Chile and the Middle East, dust is a real problem, but it can also be impractical to hire people to continually wash them. The company (now part of SunPower) says that cleaning can boost energy output by 15 percent.

Another company, QBotix, has invented a robot that angles modules toward the sun that boost energy production by up to 40%. By increasing the output, QBotix can lower the relative cost of things like labor and land, the largest costs in a solar project.

Robots are also percolating into energy and building management. Smart thermostats are essentially robots. Consumers set their preferences and determine whether they want to participate in programs to curb peak power or avoid other changes. The thermostat or the Building Management System (BMS) then negotiates with the utility to hit the right comfort level while maximizing savings. It’s not worthwhile for anyone to keep their hand on the temperature knob, but an intelligent robot can perform tasks like this all day without complaining. California has enacted a building code that requires new structures to be capable of participating in demand response programs, which will lead to a pretty significant uptick in lighting networks and intelligent HVAC.

We’re even seeing a shift toward pedestrian bots in the Internet of Things. Last year, Japanese electronics giant Sharp showed off an Internet-enabled washing machine. People joked, “How many Twitter followers does it have?” “Can it shop on Amazon?” But, it was a deceptively simple and compelling application. The washing machine sends a text message to you when your laundry is done. No more going to the garage to see if the spin cycle has finished. Imagine if you live in a large apartment building: knowing when washing machines are available or when it’s time to put something in a dryer can save a lot of time and headaches.

What is a Robot?

Granted, some people won’t like this and will disagree with me. A washing machine can’t be a robot, you say, unless it picks up laundry off the floor. But as much as I look forward to the next Star Wars movie, sci-fi movies don’t have a monopoly on defining what a robot is. It is a machine that can think (i.e. take in data) and act. They don’t necessarily need to talk. And they don’t need to walk, either. “Legs, in my mind,” said iRobot Roomba co-founder Colin Angle, “are for Hollywood.”

When you start to think of it in these terms, robotics is a far broader and far more commercially viable field than it might seem at first glance. The big question is where they will go next? If you had a magic wand, where you would place a robot?