Home Buildings Building Management What Does King Tut Have to Do with Energy Management . . . Everything if You Are the Dallas Museum of Art

I love it when a plan comes together. Most of our municipal clients come to us with very different goals. The conversation is often started by a new regulatory mandate around energy efficiency, but often morphs into discussions about how to tackle other priorities. Some communities need help maintaining an aging infrastructure, others want help upgrading technology and security systems, and many want to give the community an economic boost. Their priorities are as different as the communities themselves, but all tend to be tied to a specific vision or mission.

The City of Dallas is the perfect example of how an energy management partnership helped achieve one of the community’s key priorities. In 2007, the State of Texas mandated cities to reduce energy use in public buildings by five percent a year over a six year period. The City of Dallas quickly identified its energy-intensive museum as one of the first buildings in this energy conservation program and put it on the fast track in preparation for King Tut.

The Dallas Museum of Art had a rare opportunity. The internationally acclaimed Tutankhamun and the Golden Age of the Pharaohs exhibition was making an encore return to America. The Museum was in line to be the first stop on the tour — which would also mark the exhibition’s first showing in the Southwest. But before the contract could be signed, the King Tut tour organizers needed some guarantees. Specifically, the Museum had to confirm it could maintain a temperature and humidity constant within just three percent of variance in the galleries where the Egyptian antiquities would be on view. Fortunately, our energy management partnership allowed the City to offer King Tut the royal treatment it required, complete with temperature and humidity data and a history to show that the building could maintain those exacting standards.

Not only did the new energy partnership help the Museum win the King Tut exhibit, but it also decreased its energy usage 45 percent over five years — 15 percent more than the original goal — for a savings of more than $5 million. The retrofit was so impressive that it won an EBie award in the “Reformed Gas Guzzler” category from the U.S. Green Building Council, which notes buildings account for one-third of the nation’s green house gases.

But all those savings and recognition wouldn’t have meant anything if the energy management system couldn’t do its main job: protecting the delicate and priceless art objects the museum houses. Those exacting standards were put to the test when the King Tut exhibit attracted more than 650,000 people to the museum over a six-month period. That’s more than typically visit in an entire year. 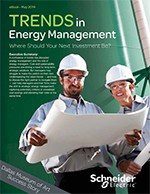 Read more about how the City of Dallas leveraged its energy to help create a world-class museum. Download our free eBook on energy management trends.

The Dallas Museum of Art wasn’t the only win that came out of the City of Dallas’ Energy Savings Performance Contracts (ESPCs). To date, the City has used ESPCs to retrofit more than 20 buildings and is on track to save more than $23 million in utility and operational costs over the life of the contracts. What’s more, the total economic impact of this energy partnership over the next 10 years is more than $54 million, including nearly 200 new jobs, $27 million in local business sales and $3 million in additional federal, state and local tax revenue.

I love it when a plan comes together . . . enabling the vision of a community.

To read how other municipalities are leveraging their energy to fund community improvements, click here.