The digital space and contemporary technology growth in the world and smart home automation are establishing their importance in today’s marketplace. Smart homes consist of significantly developed systems like automatic door openers, light control system which provides multiple tangible benefits in terms of energy efficiency. Devices like IP-enabled cameras, security alarms, object motion sensors, and connected door locks offer enhanced home safety and security. Taking a view of these kinds of automation in home control, it requires revolutionary technology which provides timeless & seamless connectivity among the sensors of different home appliances. Some of the prominent challenges faced in the domain of home automation can be explained below – 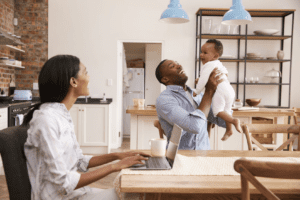 Even today, Internet connectivity and its reliability is still unpredictable and in some cases, simply insufficient when it comes to propelling these smart devices. Especially in India where smart panels and home control are still in its growth stages, this can prove to be a major hurdle.

Indians consumers with respect to most types of technology are very selective in terms of investing in convenience and technology. This problem could be solved once the concept of home automation has become more popular and relevant in the nation. Even some devices such as smart wearable fitness bands are yet to take off in India, with the price being the primary disadvantage.

Global market players are commonly under the impression that the Indian market is not ready or educated enough for advanced devices or products. This has, in turn, led to a low level of awareness of IoT Systems or smart home appliances among the Indian consumers. IoT adoption is also restricted by the lack of a skilled workforce for implementation of nationwide IoT enabled smart systems.

Not only the internet but similar supporting infrastructures such as smart power grids, smart drainage/ sanitation system, smart water supply, and similar smart building management systems, which are indistinguishable and crucial parts of smart homes are far from common. One of the biggest struggles we face is replacing these traditional building structures.

What Is Home Automation and How Does it Work?