Removal of electrical panel covers isn’t a topic that gets talked about enough when it comes to electric maintenance and safety. The truth is that as an industry we’ve gotten into the bad habit (yes, I said it) of opening electrical panels for visual inspection when they are energized or “hot”, as a standard practice. I was recently explaining this to a customer who was shocked to hear that this practice in some instances actually goes against electrical safety standards. Now, it’s not that this customer was inexperienced or uninformed about electrical safety procedures, it was just a classic case of, “that’s the way it’s always been done, so it must be right.” Right?

There are a lot of inherent risks when you take off a panel cover because you don’t know what’s behind it. Removing the cover exposes energized parts and conductors,  posing a serious risk of shock, nuisance tripping or arc flash explosion. 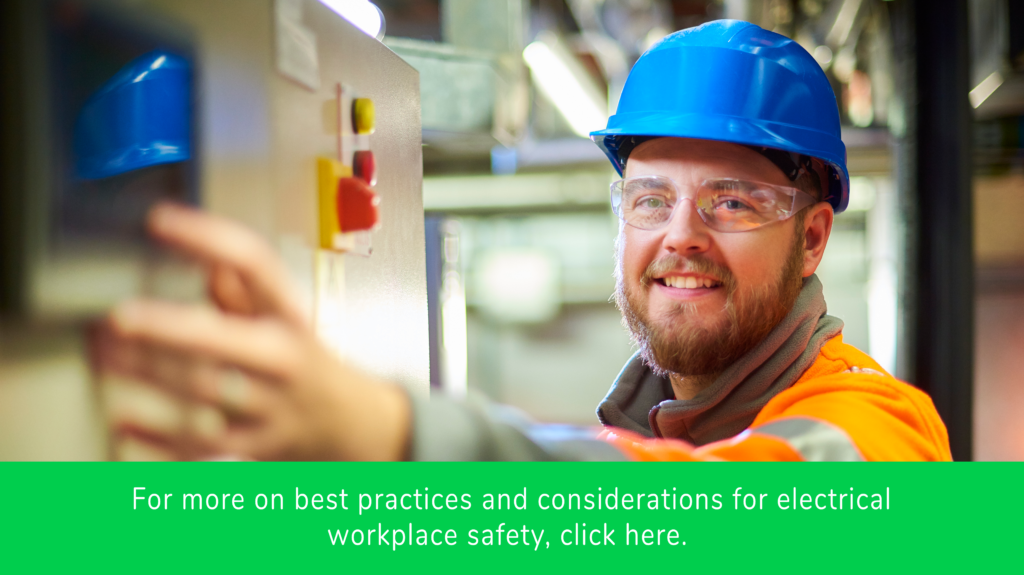 The National Fire Protection Agency’s (NFPA) electrical safety standard 70E (130.2) states, “Energized electrical conductors and circuit parts operating at voltages equal to or greater than 50 volts shall be put into an electrically safe work condition before an employee performs work if any of the following exist:

While NFPA standards make the following four exceptions for working on energized equipment, taking a panel cover off or opening a hinged panel cover for visual inspection doesn’t typically meet them:

By removing a cover on an energized panel, you’re playing a game of chance where your odds of electrical injury increase each time. According to the latest data from the Electrical Safety Foundation International (ESFI), electrical fatalities increased by 15 percent between 2015 and 2016. Is that a statistical risk you want to take? Probably not.

When it comes to handling electrical panels covers, there’s an element of inconvenience that comes with shutting off the equipment, which likely explains the tendency of doing the work live. Safety on the job should be priority number one, but with restrictions on time and resources, there may be temptation to cut corners and ignore safety protocols to keep tasks moving forward. This type of mentality can not only result in compliance issues or equipment damage, but very serious injury—or worse.

With so much at risk, efforts to either de-energize the panel or employ alternative methods of inspection need to be given priority. The use of IR windows can eliminate the need to remove/open covers to conduct infrared thermal scanning, keeping workers out of harm’s way while facilitating preventative maintenance testing. But what can be done for routine or engineering inspections?

Credence should be given to the necessity to visually verify electrical components located behind an energized electrical panel cover. Most often, an understanding of what is contained within an electrical panel can be determined through review of existing drawings, manuals, test records and visual inspection of similar de-energized panels. In cases where there remains some uncertainty, an engineering methodology may be developed to mitigate the risk associated with lack of visual verification.

The electrical installation risk assessment: Learn about one of the most important tools for electrical contractors