This is the final post of a three-part series addressing electrical safety non-compliance in older residential dwellings. In the first two posts, we looked at the high number of risks and incidents in existing dwellings, as well as how today’s standards help protect new installations. Now, let’s see how a program of regular safety auditing can help apply new standards to older buildings and, in turn, progressively raise safety levels. 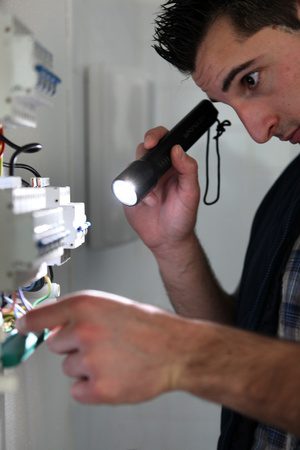 Over the decades, requirements have been progressively added to the IEC 60364 electrical installation standard. The 1970s and 80s saw the clarification of the earthing conductor requirement and protections against overcurrent and electric shocks, while in the 90s overvoltage protection was added. Then, in the 2000s better protection for residents of dwellings and protection against dangerous arcs were added. At this same time, the recommendation for ‘periodic’ verification of installations was included.Across Europe, the national electrical safety standards of each country have gradually been aligned with the HD 60364 standard, which is the European equivalent of IEC 60364. Some countries may include additional specific requirements.

Periodic auditing recommended by the standard

Regarding the recommendation for periodic verification, IEC standards proposes methodologies that should be considered in all countries, to help gradually improve the level of safety in existing dwellings. These audits need to be very simple, based on visual checks, and performed by a qualified persons. The auditor will then inform the owner of any safety issues, who will then take responsibility for arranging any necessary repair work. Frequency of inspections can be defined by each country, either by a specific period (e.g. 10 years), or triggered by an event such as the sale or rental of a dwelling.

The following is a simplified list of recommended points to be audited, which should be adapted to local conditions:

Influenced by the level of risks in existing buildings, several European countries have legally mandated safety audits. Each country can focus on the safety points most urgent or relevant to their local situation. For example, some face difficulties with aluminum conductors, while others will include checks for shutters on socket outlets.

In Norway, a 5-year audit cycle is now recommended by insurance companies who give discounts when checks are performed. In France, safety audits are required when selling or renting a dwelling. In Belgium, audits are required on a 25-year cycle, or when a dwelling is being sold, or when there is an increase in power service to a building.

Through this series of posts, we’ve seen the many reasons why most existing residential buildings do not comply with today’s electrical safety standards, and what appears to be a direct correlation with the high statistical evidence of electrical accidents. In response, many countries are moving forward with mandating safety audits as a useful tool for identifying potential safety issues. These audits do not cover all aspects of installation standards but, instead, focus on a limited number of checks that will gradually and effectively improve safety in dwellings.

The alarming state of electrical safety in many existing residential buildings