The Internet of Things (IoT) is getting a lot of attention these days. There are some eye popping reasons for that – billions and trillions of them. The first is how many devices are going to be connected – 50 billion of them according to Cisco and Ericsson. The second reason is the size of the economic activity generated – as much as $11.1 trillion by 2025 in an analysis from the McKinsey Global Institute.

OK, now that I’ve got your attention, what does this mean? Let’s focus on something a lot nearer and more concrete – the building you’re sitting in and perhaps responsible for. 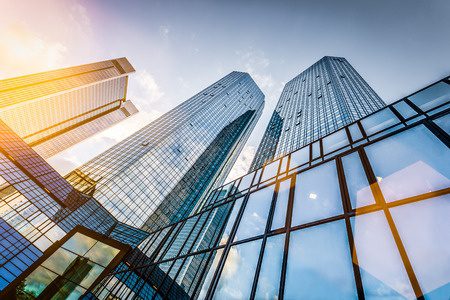 One thing IoT will do is make these structures smarter. Think of it as today’s building management system, a BMS, made more intelligent and more powerful. Some of those billions and billions of connected devices in the IoT will show up as advanced sensors and meters in

But beyond the building itself, there will also be data available from weather monitors and financial information – like the price of electricity, other utilities, and even commodities. That data can factor into how buildings are managed.

So buildings will be more intelligent and systems will be able to make adjustments on-the-fly. Empty office because somebody’s out on assignment or leave? Don’t heat or cool it then and put the temperature into deep setback, saving energy. And make sure the lights stay off.

Such steps can reduce the waste that today represents about a third of the energy used in commercial buildings. As a bonus, more comfortable workers are more productive.

Now for something else for you to consider. According to the 2016 Navigant Research report, “Data Integration for Intelligent Buildings,” one impact of the IoT is that people are going to expect things – like buildings – to be smart. They’re going to demand “data-driven solutions that improve energy and operational efficiencies, facility planning, preventative maintenance, fault detection, occupant comfort, and safety in buildings.”

But this requires more than sensors. You need data integration. That’s a challenge: equipment, sensors and building automation systems may come from different vendors. The data may be in various formats, with different naming conventions and syntaxes. As a result, gathering, processing and analyzing the information may not be easy.

Two drivers will make this data integration happen despite these difficulties. The first is that utilities are expanding energy demand response programs. These may offer energy pricing that varies based on the time of day. Or they may require that non-essential users cut their energy consumption during periods of high demand. A second driver are mandates for increased energy efficiency. Again being able to adjust consumption as needed is important.

Responding to either of these requires collecting and reacting to information, often lots of it and sometimes very quickly. Consequently, there’ll be a strong incentive to harness the power of IoT.

So, the arrival of IoT means that the old way of doing things won’t work. BMS will have to evolve. Look for future posts in this series to cover the impact of IoT on building software, hardware, and management services.

In the meantime, you can visit us here and get more information.

Leverage the IoT to Create Smart Buildings that Unlock Value