You may have a class reunion coming up. Or maybe you’ve just been to one. Something that everyone notices at any reunion – if enough time has passed since the last – is that everybody has gotten older together.

Funny how that works. It’s almost as if some unseen factor – like time – impacted everyone.

But the passage of time does – and doesn’t – always mean that things decline. This post will talk about how this applies to sensors. The next post will cover actuators and then the third and last post in the series will examine environmental control schemes.

Now, for sensors, the years rolling by have had two opposite effects. Both are important for facility managers and others concerned with heating, ventilation, and air conditioning (HVAC).

On one hand, there’s clear decline. Take CO2 sensors. They measure the amount of carbon dioxide in the air. If it goes up, then that means there are more people in a room. So you might need to bring in more fresh, outside air. Of course, you have to chill it to wring out the moisture and then warm it back up. It’s not as simple as in the old days, when you’d just open a window.

CO2 sensors from ten or so years ago had to be calibrated about every five years otherwise their readings would be off. So sometimes you’d move air when you didn’t need to. Other times, you’d have the opposite problem. What you need to do is to get it just right (for a discussion on why see the post about sensors and Goldilocks).

Just like those people you see at a class reunion, sensors tend to age together. So all of the sensors in your buildings may be drifting out of calibration or beginning to fail at the same time. That means you could be in for a lot of headaches – and not just because of bad air.

Fortunately, there’s also the other effect of time: improved technology. Modern CO2 sensor technology doesn’t lose calibration. So you can keep those sensors in the control loop without worrying that it’ll blow a hole in your heating and cooling budget. 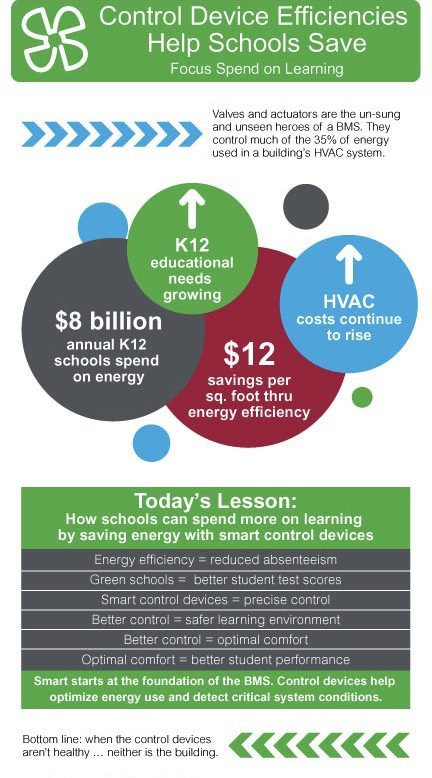 Exploiting the advantage that the passage of time brings to sensors is important. Buildings tend to stick around. You might be surprised by just how long buildings last. (Or maybe not for those of you managing schools that are hosting 50+ year class reunions in the same buildings that saw the original graduation.) According to an International Energy Agency report, many buildings will have useful lifetimes of a century or more.

So most buildings will go through multiple renovations and modernizations. When that happens, device level control upgrades and retrofits are very critical.

Why? Well, as can be seen in the example just discussed, older technology may fail. And newer technology can bring important benefits – like never needing expensive and labor intensive calibration. For sensors, newer devices may also be active, always sampling and providing feedback on things like air quality.

Finally, remember this: newer sensors can save energy and money while still keeping people comfortable – despite the years that go by.

Look for the upcoming valve/actuator and control scheme posts for more examples of the effects of the passage of time. Meanwhile, look here and here for examples of modern sensors and technology.

Trends in Device Level Control: Valves and Actuators in School

The Internet of Things and Device Level Control

The Role of Device Level Control in Hospitals