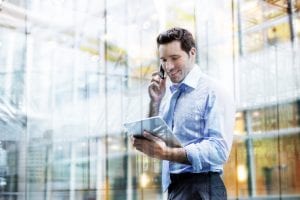 The world generates a massive amount of data. According to a study by IDC, we broke the zettabyte barrier back in 2011. Each year, we’re generating over 1.8 zettabytes of data – to put it in perspective, that’s 1.8 trillion gigabytes. While 75% of the information floating around in the digital universe is generated by individuals, enterprises are accountable for a whopping 80% at some point in their digital lives. That’s a lot of data to protect. And yet, nearly 30% of people have never backed up their data.

No joke, this is actually a thing. March 31st is celebrated as World Backup Day as more and more people are becoming aware of the need for having a reliable and secure method of backing up their data. So what is a backup? According to their website, it’s an extra copy of important files so that, if your computer or device fails, you have another location to restore them from.

As our reliance on stored data continues to grow, so too does the amount we need to store. Research out of the University of Southern California estimated that data storage rates grew at an annual rate of 23% from 1987 to 2007. That same IDC study mentioned before puts this into context: by 2020, the digital universe will average around 5,200 GB per person, worldwide. This data explosion can be explained by increasing storage capacities and a corresponding decrease in costs (Moore’s law). Today, our global economy revolves around the information technology that fuels both our personal and professional lives. 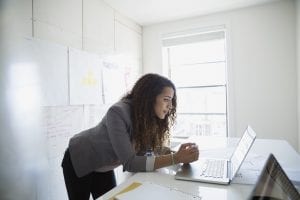 Keeping analogies close to home, World Backup Day estimates that more than 60,000 computers will fail worldwide in 2015. Unfortunately, I can include myself in this count. The first time my computer crashed, I knew I was in trouble; I hadn’t been diligent about my backups. I quickly learned my lesson and set up an automated backup system on my machine. From that point on, I rest assured knowing that backups were taking place silently in the background while I worked away. The next time my computer crashed, I was ready. All I had to do when I got my replacement was log into the Cloud provider and download my files. Easy!

Backup in my building 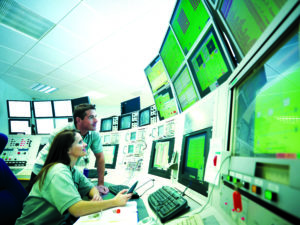 Extending this consideration from homes to buildings, the need to safely store your building management system data is more critical than ever. Data loss happens more often than we think… and it doesn’t take a natural disaster to wipe it out. Many, many hours and significant financial resources are spent configuring and fine-tuning a building through its management systems. The thought that all of this could be lost in a flash is enough to make you want to bury your head in the sand. Rather than leaving this to chance, you can take charge of your building data by safeguarding it in the Cloud through automatic regular interval backups for peace of mind when disaster strikes.

The cost of doing nothing is too high

Convinced? Then the time to do something is now. Take the World Backup Day pledge and put it into action before it’s too late. As their website states: Don’t be an April Fool! Backup your computers, mobile phones, tablets…and don’t leave your building management systems behind.

Stay tuned for my upcoming blog series which will dive deeper into the causes of dangers of data loss, the advantages of cloud backup, and solution best practices to implement in your building today.

Analytics: A Window into Your Cloud-Based Building Management System

3 Steps to Kick Off Your Cloud-Based Building Management System