As I look back on 2015, so many of our projects fill me with pride. One project in particular earned accolades not just in my book, but also from the entire state of New Jersey.

Salem Community College won the 2015 Governor’s Environmental Excellence Award in the Clean Air category based on our partnership.

It’s an honor to be recognized by such groups; I hope the award inspires other schools and municipalities to make their own energy management resolutions for 2016.

Similar to many institutions, Salem Community College, located in Carneys Point, N.J., faced a number of infrastructure, safety, and IT challenges. These challenges included: outdated mechanical systems,  a lack of a strategic maintenance program, backup power needs for public safety, IT and campus operations security during power outages, and the list goes on.

The College’s unprecedented partnership with Schneider Electric approached energy management holistically, addressing both the supply side of energy through a solar power purchase agreement and natural gas sourcing strategy, as well as improving the demand side of energy through more than a dozen energy conservation measures.

Installation of a campus-wide energy efficiency initiative reduced the college’s annual energy costs by 42 percent or $296,000. The $5.3 million project was funded via New Jersey’s Energy Savings Improvement Program (ESIP) and marked the first higher education institution in the state to complete an ESIP project.

The ESIP project incorporates a variety of upgrades to enhance comfort across seven facilities while reducing energy consumption including:

All of these improvements resulted in significant annual energy savings: 46 percent kWh on electricity; 10.5 percent MMBtus on natural gas; and 28 percent on water. The environmental impact of these energy savings equate to removing 848 tons of green house gases from the atmosphere, 179 cars from the road or powering 116 homes. In addition, the savings were accomplished through a self-funding project with a guaranteed payback. 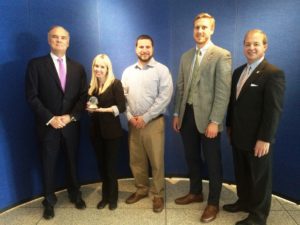 Sustainability improvements such as these represent a significant undertaking that’s increasingly essential, not just to institutions’ bottom lines, but also their marketability. For example, 60 percent of students say a college’s commitment to the environment would impact their decision to choose a school, according to the Princeton Review survey of more than 10,000 college applicants. Salem Community College can now market its new sustainability credentials to attract such students. We congratulate Salem Community College for its commitment to sustainability — and its forward thinking approach to energy savings.

As the College looks to the New Year, it’s made an ambitious, but attainable resolution: Working toward the goal of net-zero energy status. As always, Schneider Electric will be there to help them achieve their mission and vision.

What’s your 2016 energy resolution — and how can we help?

If you need some inspiration, see how five very different communities reinvested their energy savings to tackle costly infrastructure improvements and deferred maintenance, without increasing taxes or debt load.