Understanding Communication Protocols Is Like The Tower of Babel 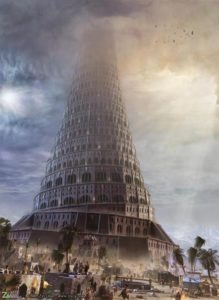 bly know the story of the Tower of Babel. The people tried to build a structure that would reach the heavens, but since they all spoke different languages they were unable to communicate and the project failed.

Building automation today can be a lot like that. For a building to operate, all of its parts need to communicate with the rest of the system. From HVAC thermostat sensors and lights, to equipment such as chillers, boilers, air handlers and electrical panels—everything must be linked and in communication with monitoring dashboards that give managers visibility and control.

And, like the Tower of Babel, there are many different languages in building automation. These protocols determine how devices talk to each other. Simply put…if you populate a building with equipment that uses incompatible protocols, you’ll have a building that can’t communicate.

Over the years, dozens of protocols have been developed for building automation. Some protocols, like BACnet and LonWorks, are made for nearly every type of building automation equipment. This is why most building automation systems will be based on one of these two protocols. Other protocols are more specialized. For example, the DALI protocol was created just for lighting systems, and Modbus was designed primarily for industrial control.

Making things even more complicated, sometimes different protocols can work together and sometimes they can’t. For example, BACnet and LonWorks can both work with DALI lighting systems, but not with each other (at least not easily). Then there is a separate category of wireless protocols, for those devices such as occupant sensors and room controllers that communicate using RF signals. You need to be sure the wireless protocols you use will work with the rest of the building (fortunately, most wireless devices will work with your building automation backbone).

Where do all these protocol choices leave the building owner or operator who wants to install building automation equipment? Don’t despair, it’s not as bad as it sounds. Here are some tips for dealing with protocols in your building:

First, choose products that use an open protocol, meaning one that is used by many different vendors. This will give you more choices going forward than if you choose a proprietary protocol (one controlled by a single company).

Second, choose products with a protocol that is widely used, at least in your area. This is important because some protocols are global while others are restricted to specific regions. For example, Clipsal C-Bus is popular in Australia, and M-Bus is used mostly in Europe.

Third, rely on a partner—a major vendor or a systems integrator—who can consult with you and guide you through the choices.

The building automation experts at Schneider Electric recently released this Guide to Understanding Open Protocols in Building Automation. It gives a layman’s overview of the major protocols, pros and cons of each, regional relevance and more. It also includes a high-level mapping of which Schneider Electric building solutions speak which protocol languages.

Understanding the role of protocols in building management will help your facility seamlessly communicate, which is crucial in a facility manager’s quest toward building optimization.

Let me know what you think – leave me a comment below!

KNX – How it Makes Home Automation Simple and Achievable