Once we have clearly identified the main differences between Universal and Functional LV Panels, we will concentrate on the Functional ones. Since we decided that we want an LV Functional Panel, we have to start by defining what these functions are. These functions are of two types:

What are the ED functions?

What are the functions related to Installation System itself?

How will all these functions determine the panel modularity? 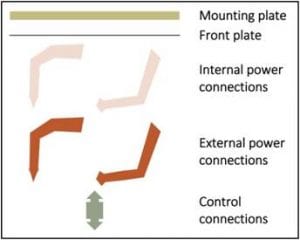 Intelligent devices related to a specific ED function will be installed inside of or next to the corresponding FU (e.g. the HMI of a motor starter).

Intelligent devices related to the Panel as a whole would be installed next to the power incomers (e.g. power meters, automatic transfer switches – ATS –, data loggers, communications gateway, and the like).

What are the intrinsic benefits of functional modularity?

One of the main benefits is the “readability” of the panel. The correspondence between the electrical single line diagram and the physical panel becomes evident, thanks to a logical and clever positioning of all components and devices.

A collateral benefit of functional modularity is that it can provide a dedicated area for each person according to his responsibility and skills: 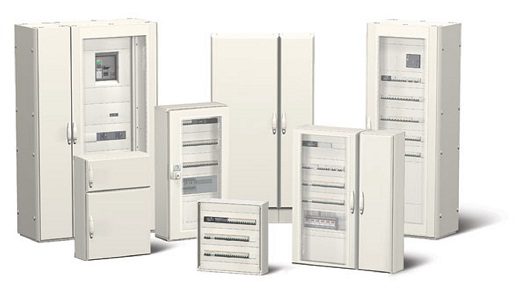 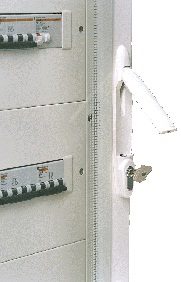 Functional units behind a door

The right way to choose an LV electrical distribution panel