Efficiency is in fashion.

In March, Deutsche Bank issued $104 million in bonds to fund residential energy efficiency projects. Renewable Funding recently obtained a $300 million line of credit to retrofit homes for efficiency in California, Hawaii, and Pennsylvania, among other places. New York Governor Andrew Cuomo’s NY Green Bank has raised $210 million of $1 billion of capital it wants for efficiency projects while Connecticut’s Clean Energy and Finance Authority is working with private investors to secure up to $30 million in commercial efficiency upgrades. Retirement funds and private equity firms are analyzing ways to create their own efficiency bond funds. 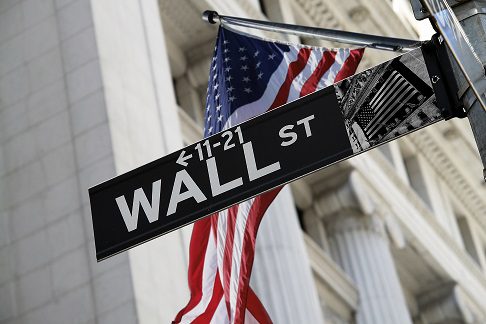 Granted, this pales in comparison to the money funneling into new phone apps but, for efficiency, it’s a notable turnaround: just a few years ago, ideas like PACE for funding efficiency projects seemed doomed. These deals also come at the same time as unprecedented interest in solar: Google, Credit Suisse, Capital One and others have already committed over $1 billion to solar project financing this year.

What’s driving it? I think we’re seeing a convergence of four factors, which, incidentally, you often see together in other fundamental market transformations.

Customer Awareness. Energy has shifted from being a background concern to a critical issue for a growing number of companies. Large datacenters were some of the first large customers to start to tackle efficiency: energy is often their largest expense after employees. Agricultural companies, increasingly, worry about the impact of the price fluctuations of oil on their crops. Industrial customers, which will be the largest consumers of energy by 2020, don’t debate carbon regulations anymore: they are planning how to meet them. An estimated $8 trillion will get spent worldwide on efficiency between now and 2035, according to the IEA.

Efficiency is part of the business: there’s no getting around it.

Technology. You’re living in the Golden Age of energy technology. Energy storage is percolating into the mainstream after decades of development. LED lighting is expected to grow from occupying 6% of the market to 75% of the market by 2020. Solar panels have dropped from over $75 a watt to nearly 50c a watt. We can expect to see more changes over the next 10 years than in the last 50.

The importance of software is almost impossible to underestimate. If you have a smart thermostat, you can instantly see how much energy you’re using: that’s a huge change from waiting for your bill.

Business models. The main impediment to efficiency efforts in the past has been the lack of funds: most homeowners would rather spend money on granite countertops. “As-a-service” models eliminate this headache by funding efficiency through savings. Various models exist—PACE, On-Bill Payment, ESCOs-but the goal is ultimately the same: to make the cost invisible.

“It (Efficiency) isn’t a technology issue. It is a financial issue,” says Matt Golden, who heads up Efficiency.org.

While paying for upgrades through savings has been around for years, what makes it more appealing to customers now is software. Software provides certainty: what you can measure you can monetize. What is particularly interesting is that the model can be applied to everything from luxury hotels to middle-income housing.

Channels. The channel often gets short shrift in discussions about business transformations, but imagine how long the auto industry would have taken to evolve without independent mechanics or gas stations. Or, the computer industry without IT managers. Without the channel nothing gets done.

Commercial and residential contractors, lighting specialists, and electricians are virtually all shifting their businesses to accommodate demand for efficiency. When you have both Texas and California competing for green job growth, you know it’s a trend that is defying expectations.

When you take all these and I’m sure other factors together, we get a classic virtuous cycle where customer demand fuels competition, which in turn fuels innovation and further growth. Prices fall and some ideas fizzle out but the overall activity grows beyond anyone’s imagination.

I think we are at the start of something really big. How about you?

The Economics of Energy Efficiency Projects

Proposition 39 Funds Not Meeting Your District’s Needs? Time to Apply Some Leverage

Don’t Have a Plan for Prop 39 Funding? Here’s How You’re Missing Out — And How We Can Help